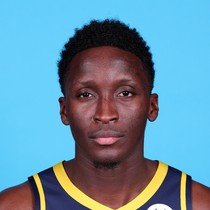 Victor Oladipo reveals he was playing at ‘80 percent’

Pacers G Victor Oladipo told The Athletic, “I’d be lying if I said I was even 80 percent out there.” Oladipo was speaking to his play this season and most notably, his 27-point performance against the Celtics on March 10th. (Source: Michael Lee on Twitter)

Fantasy Impact: Oladipo made his season debut on January 29th and has since played in 12 additional games while on a minutes restriction prior to the NBA season being suspended on March 11th. Oladipo has remained active during the NBA hiatus - training and playing basketball five times a week to be ready for when the NBA season resumes. With one-year left on his current contract, the Pacers have expressed a willingness to retain the former all-star guard but there will be no shortage of suitors should he hit the free agent market. 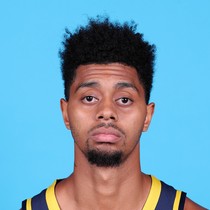 Fantasy Impact: Lamb underwent surgery seven weeks ago to repair a torn ACL and menisus in left knee. Lamb will not be able to return until next season but walking at this stage in his rehab is a positive sign in his road to recovery. 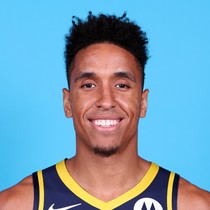 Malcolm Brogdon back to '100 percent'

Indiana Pacers President Kevin Pritchard held a Zoom call with local reporters on Tuesday, where he said that he spoke with Malcom Brodgon and that "he’s 100 percent and ready to go.” (Source: Scott Agness on Twitter)

Fantasy Impact: Brogdon has been plagued by injury throughout the season but most recently, he's been recovering from a torn left rectus femoris (hip) injury. Brogdon appears to be back to full strength and if play resumes, he'll be an asset for fantasy owners in all formats. On the season, Brogdon's averaged 16.3 points, 7.1 assists, 4.7 rebounds, 1.3 three-pointers, 0.7 steals, and a sporty 89.5% free-throw percentage across 48 games. 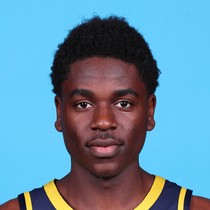 Aaron Holiday provided four points (2-9 FG, 0-4 3PT), four assists, two rebounds, and one steal in 34 minutes in the Pacers’ loss against the Celtics on Tuesday night.

Fantasy Impact: Holiday has not been much of a contributor as a fill-in for Malcolm Brogdon. In his previous four games, Holiday averaged 6.3 points, 2.8 rebounds, and 2.8 assists. Fantasy owners should look elsewhere for a replacement for Brogdon. 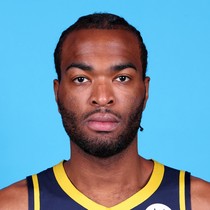 Fantasy Impact: TJ Warren the Pacers leading scorer averaging 18.6 for the season, was one of three players to score over 20 points for the game. Warren mainly provides scoring and rebounding help for fantasy owners and should be owned in all leagues. 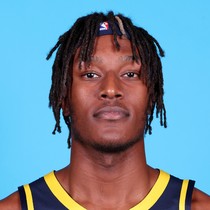 Fantasy Impact: Myles Turner continues to provide stats over multiple categories. Turner has been a monster on the defensive side of the ball averaging 3.3 blocks over his last five games. Turner will be a great asset for the playoff stretch run for fantasy owners. 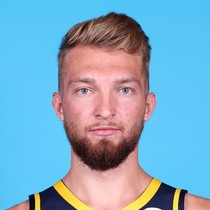 Fantasy Impact: Sabonis has become the focal point of the Indiana offense this year, and he's been putting up some huge statistical lines lately. He's a top-25 guy this year in 9-cat leagues, averaging 18.3 points on 53.9 percent shooting from the field, 12.5 boards, five assists, 0.8 steals, and 0.5 blocks in 34 minutes per game. In the previous two seasons, Sabonis only averaged 24 minutes per game, so it's clear that Indiana has decided he's a cornerstone of this franchise. He's been an absolute steal for fantasy owners, and we foresee him being on a lot of championship rosters at the end of the season. 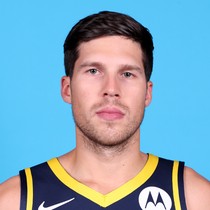 Doug McDermott (toe) is listed as doubtful for Tuesday’s game

Doug McDermott (toe) is listed as doubtful for Tuesday’s game against the Celtics. (Source: NBA.com)

Fantasy Impact: McDermott is dealing with soreness in his toe and could miss his third consecutive game. With Victor Oladipo (knee) questionable for Tuesday’s game, the Pacers could be a little thin at shooting guard. Edmond Sumner would continue to see an uptick in minutes if McDermott is once again ruled out. 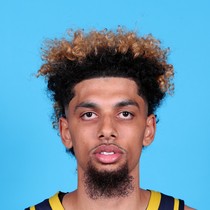 Fantasy Impact: Bowen started and logged 15 minutes in Friday's win over the Bulls. He played more minutes on Friday than his entire Pacers tenure this season. Bowen was a fill-starter for the Pacers and should be left on the waiver wire in all league formats. The Pacers next scheduled game is Sunday, away against the Mavericks. 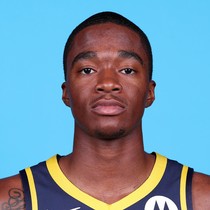 Edmond Sumner drops 12 on the Bulls in Friday's win

Fantasy Impact: Sumner filled in for TJ Warren (knee) and scored double figures for the first time since January 10th. The Pacers have been ravished by injuries as of late, Sumner could see some extended run. The 24-year old is worth a flyer in deep-league formats with Warren sidelined. The Pacers next scheduled game is Sunday, away against the Mavericks. 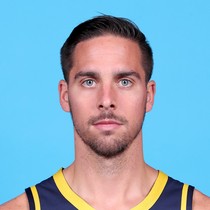 T.J. McConnell dishes out six assists in Wednesday's loss to the Bucks

Fantasy Impact: McConnell filled in for Malcolm Brogdon, after he exited Wednesday's loss due to a sore left hip. The 27-year old capitalized on his opportunity by scoring double figures for the first time since February 7th. McConnell can be used as a streamer and is worth adding in all league formats with Brogdon sidelined. The Pacers next scheduled game is Friday, away against the Bulls. 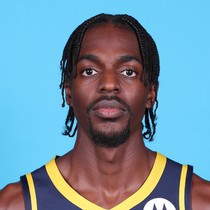 Fantasy Impact: Justin Holiday filled up the stat sheet, unfortunately he was probably in a lot of leagues’ waiver wires. For now you can place him on the watch list to monitor if he continues to fill the scoring void left by Jeremy Lamb’s season ending injury. 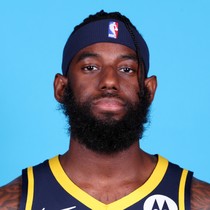 JaKarr Sampson registered zero points (0-2 FG, 0-1 3PT) and one rebound across seven minutes in Sunday's 127-81 loss to the Raptors.

Fantasy Impact: Sampson saw game-action for the first since February 1st and logged seven minutes in Sunday's blowout loss. He is averaging 4.0 points, 2.3 rebounds, 0.2 assists, 0.3 steals and 0.4 blocks across 19 games this year. Sampson is not on the fantasy radar and should be left on the waiver wire in all league formats. The Pacers next scheduled game is Tuesday, home against the Hornets. 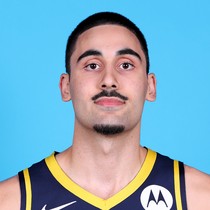 Goga Bitadze provided 10 points (5-9 FG, 0-1 3PT), four rebounds, and one block in 15 minutes in the Pacers’ win against the Bulls on Wednesday night.

Fantasy Impact: Bitadze is making small strides in improving his play with his limited minutes, but he is a long way from having any value to fantasy owners. The Pacers will face off against the Knicks on Saturday night.