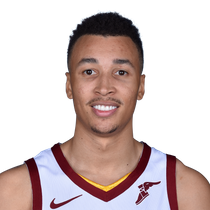 Dante Exum has been traded by the Cavaliers to the Rockets as part of James Harden’s deal to the Nets. (Source: Adrian Wojnarowski on Twitter)

Fantasy Impact: Exum will remain sidelined until early March due to a strained right calf. The possibility of him finding a viable role in the Rocket's rotation once he is healthy isn't likely, as the Rockets bolster a relatively deep-back court. This season Exum has averaged 19.4 minutes of playing time, 3.8 points, 2.8 rebounds, 2.2 assists, 0.7 steals, and 0.3 blocks while shooting 38.5 percent from the floor and 18.2 percent from beyond the arc. With this kind of production, it is safe to fade him in all fantasy formats at this time. 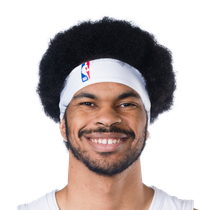 Jarrett Allen was traded to the Cavaliers as part of a four-team deal. (Source: Adrian Wojnarowski on Twitter)

Fantasy Impact: The Cavaliers receive Jarrett Allen and Taurean Prince in the four-team blockbuster deal centered around star James Harden. The move to Cleveland hurts Allen’s fantasy value as he will most likely split center duties with All-Star Andre Drummond. Allen averaged 11.2 points, 10.4 rebounds, 1.7 assists and 1.6 blocks across 26.7 minutes over 12 games for the Nets in 2020-21. Fantasy managers should expect a slight dip in his overall stats with the move to his new team. 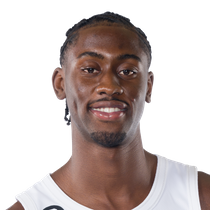 Fantasy Impact: LeVert was originally sent to Houston in the James Harden trade, but the Rockets traded him to Indiana for Victor Oladipo shortly after. There are lot's of moving pieces and new details are emerging every minute, but initially this looks to be good for LeVert's fantasy value as he should start and play an important role for the Pacers. 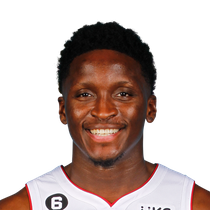 Victor Oladipo traded to Rockets in exchange for Caris LeVert

Pacers all-star G/F Victor Oladipo is being traded to the Rockets for newly-acquired Caris LeVert. (Source: Adrian Wojnarowski on Twitter)

Fantasy Impact: The Rockets received Caris LeVert in a deal that sent superstar James Harden to the Nets. Houston then turned around and flipped LeVert to the Pacers for Oladipo. Oladipo should now be more of a focal point on offense in Houston and could thrive with more of a feature role. 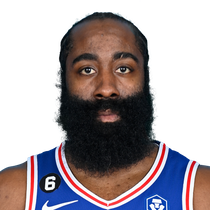 James Harden being traded to Brooklyn

Rockets star James Harden is being dealt to the Nets, per sources. (Source: Adrian Wojnarowski on Twitter)

Fantasy Impact: In a blockbuster three-team deal that includes the Cavaliers, the Rockets are sending the disgruntled superstar to the Nets in exchange for Caris LeVert, Rodions Kurucs, and four 1st round picks. The Cavaliers will receive Jarrett Allen and Taurean Prince from the Nets. Dante Exum will also go to the Rockets. In further news, it sounds like Victor Oladipo is on the move to Houston as well in a deal that will send LeVert to the Pacers.