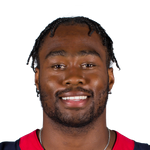 The Rams have played five games since their bye in Week 12, and in those games without Cooper Kupp, the target distribution has looked like this: Woods 48, Cooks 36, Reynolds 34, Everett 27, and Higbee 15. To know that Cooks has received just two more targets than Reynolds is somewhat shocking, but Cooks performances haven't been good enough to warrant more, as he's tallied just 24/285/0 in those games while Reynolds has totaled 18/249/1. Cooks did close out the season on a high-note, tallying 62 yards and two touchdowns against the 49ers, though the Cowboys secondary is a bit more talented than them. Cooks will see Byron Jones a majority of the game, who just happens to be the Cowboys best cornerback on the roster. He's got 4.43-second speed, too, so it's not as if Cooks will be able to dog-walk him down the field, either. It is worth noting that Jones' play down the stretch has faded a bit, as he's allowed 18-of-27 passing for 311 yards and three touchdowns over the last five games (142.7 QB Rating), compared to just 24-of-49 passing for 264 yards and zero touchdowns through the first 12 games of the season (65.3 QB Rating). Is it possible that Cooks is catching Jones at the right time? You don't need to bet on him in cash lineups knowing he's tallied 62 yards or less in each of his last five games in what might be the toughest matchup among the Rams wide receivers, but he's someone who is in-play for tournaments.