The Panthers have cleared $19.9M in cap space this week by cutting Kawann Short, Stephen Weatherly, Tre Boston, and Michael Palardy. David Newton with ESPN is reporting that "The Panthers, per a source, plan to make a strong run at Houston quarterback Deshaun Watson if the Texans grant the former Clemson star his wish to be traded." (Source: ESPN)

Fantasy Impact: This week has been surrounded by rumors regarding Watson's desire for a trade. There has been a lot of smoke coming from Carolina, including Newton's bold prediction that the Panthers would be willing to part with Christian McCaffrey and three first-round picks. While a trade is far from imminent, this is a situation that should be closely monitored. Watson has said that he will not play in Houston next season, and the Texans are saying that they will not trade the 25-year-old superstar quarterback. With Matthew Stafford and Carson Wentz both getting their requested trades, the Texans may be more likely to listen to offers. With the NFL Draft just about two months away, the Texans may want to get some extra picks in 2021 if they're heading towards a full-blown rebuild. Watson, who made an immediate impact as a rookie, is coming off his best season as a pro, passing for a league-best 4,823 yards and 33 touchdowns while rushing for an additional 444 yards and three touchdowns. With the midseason firing of the head coach and General Manager Bill O'Brien though, the Texans finished 4-12, and Watson made his demands for a trade known publicly. 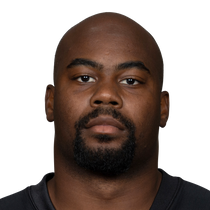 Mike Davis a possibility for the Seahawks?

Fantasy Impact: If the Seahawks are unable to re-sign RB Chris Carson, free agent Mike Davis could be an option to replace him. “The Seahawks could also go the low-cost veteran route,” per Michael Shawn-Duggar. He also lists Mark Ingram, Alfred Morris, James White and Tevin Coleman as other possible targets. “The same goes for a potential reunion with Mike Davis (28 this week), who just had a solid season replacing McCaffrey in Carolina.” Davis was excellent filling in for Christian McCaffrey in 2020, posting career-highs in receptions (59), yards from scrimmage (1,015) and touchdowns (8) across 15 games for the Panthers. If the Seahawks let Carson walk and sign Davis, he will compete for carries in a muddled backfield with Rashaad Penny, Deejay Dallas and Travis Homer. Stay tuned. 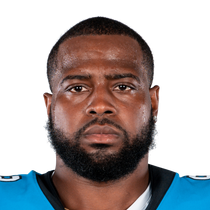 Fantasy Impact: By cutting the eight-year veteran, Carolina creates $8.6 million in cap space while accruing over $11 million in dead money. Short appeared in just three games this past season before suffering a shoulder injury that required season-ending surgery. His absence will be felt going forward, but the move makes sense for a Panthers team that is looking to get younger and save money. 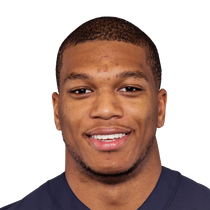 Fantasy Impact: Moore logged his fourth game with 100+ yards this season on Sunday and his third in his past five games. He ends the season with a similar stat line that he ended in 2019 with only with fewer receptions and a higher yards per game rate. 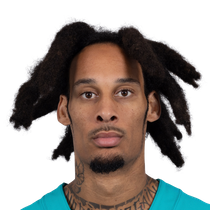 Panthers WR Robby Anderson caught 3-of-7 targets for 40 yards in Sunday's Week 17 loss to the Saints.

Fantasy Impact: While Anderson was pedestrian in Week 17, he popped in his first season with the Panthers. Anderson, D.J. Moore, and Curtis Samuel all finished with 1000+ total yards. 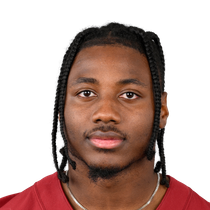 Panthers WR Curtis Samuel caught 7-of-11 targets for 118 yards while rising three times for three yards in Sunday's Week 17 loss to the Saints.

Fantasy Impact: Samuel has now posted 121+ yards in back-to-back games to end the season. He's picked it up in the second-half following a shotty start. Samuel will look for a complete season in 2021. 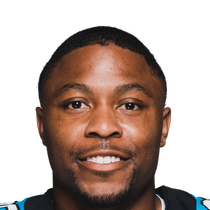 Panthers RB Rodney Smith ran the ball 10 times for 40 yards and a touchdown while catching his line target for a four-yard gain in Sunday's Week 17 loss to the Saints.

Fantasy Impact: Smith was the featured back on Sunday. He managed 44 total yards and a touchdown. The Panthers' offense was a mess on Sunday. 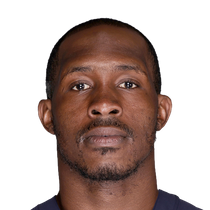 Panthers QB Phillip Walker completed 5-of-14 passes for 95 yards and three interceptions in Sunday's Week 17 loss to the Saints.

Fantasy Impact: The Saints had their way with both Walker and Teddy Bridgewater. The Panthers could not get going at all. The Panthers may have to think about their quarterback situation in 2021 despite being tied to Bridgewater. 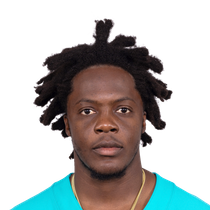 Panthers QB Teddy Bridgewater completed 13-of-23 passes for 176 yards and two interceptions in Sunday's Week 17 loss to the Saints.

Fantasy Impact: Bridgewater played so poorly that he was replaced by P.J. Walker in the second half of the game. The Panthers may regret signing him to that deal. While Bridgwater ended the year with a career-high 15 touchdown passes, his 11 interceptions were his second-most since his rookie year. 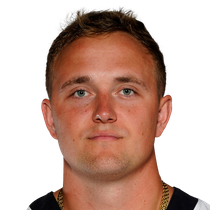 Fantasy Impact: Stevens managed 24 yards on his four touches behind Rodney Smith. He may not be on the roster in 2021. 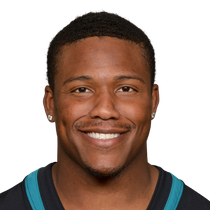 Panthers WR Pharoh Cooper caught 1-of-2 targets for a nine-yard gain in Sunday's Week 17 loss to the Saints.

Fantasy Impact: Cooper was once again just a guy behind a talented trio of receivers on the Panthers. 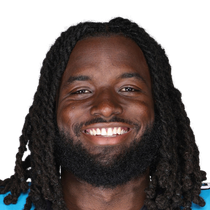 Panthers TE Ian Thomas caught 1-of-3 targets for a two-yard loss in Sunday's Week 17 loss to the Saints.

Fantasy Impact: Thomas ended the year like he started it, not involved. This Panthers tight end position turned into a dumpster fire. 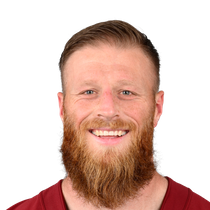 Panthers K Joey Slye was successful on his lone extra-point try in Sunday's Week 17 loss to the Saints.

Fantasy Impact: Slye only logged one point, but it was not his fault. He did not have many opportunities in a game the Panthers' offense was terrible. 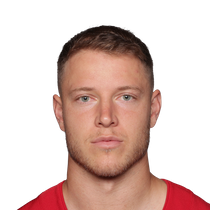 Carolina Panthers superstar running back Christian McCaffrey has been ruled out for Week 17. (Source: Ian Rapoport on Twitter)

Fantasy Impact: McCaffrey torpedoed the fantasy hopes of many of his fantasy managers, but should still be the first player off the board for 2021 redraft leagues. He will miss the Panthers final game of the 2020 season, leaving Mike Davis as an RB2 with volume-based RB1 upside for a tough matchup against the New Orleans Saints. 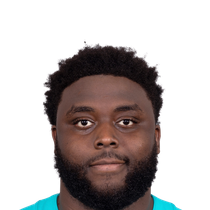 Fantasy Impact: Little was the Panthers' top rated run blocker according to Pro Football Focus. His absence is therefore a slight downgrade to Carolina's rushing attack the rest of the way. 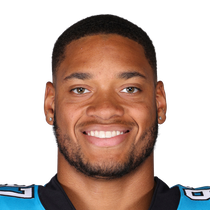 Fantasy Impact: Gross-Matos should play in Week 14 against Denver. The second-round pick has totaled 1.5 sacks and a forced fumble so far this season. 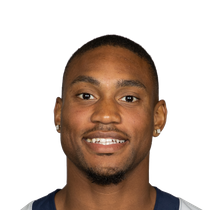 Trenton Cannon with 18 yards in Week 12

Panthers RB Trenton Cannon handled three carries for 17 yards and caught his lone target for a one-yard gain in Sunday's Week 12 loss to the Vikings.

Fantasy Impact: Cannon had four touches for 18 yards. With Mike Davis, Rodney Smith, and Christian McCaffrey in front of him, he is just a guy in fantasy. 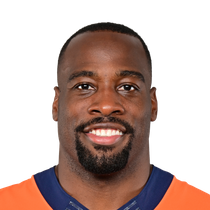 Panthers TE Chris Manhertz caught his lone target for an 11 yard gain in Sunday's Week 12 loss to the Vikings.

Fantasy Impact: Manhertz led the Panthers' tight ends in receiving with his 11 yards. He is a fantasy non-factor. 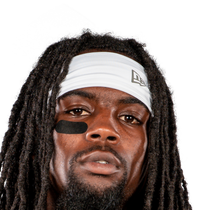 Fantasy Impact: Jackson was unable to practice this week and is unlikely to play in Sunday's game against the Vikings. He is expected to miss his second straight contest due to a toe injury. Troy Pride will start at LCB if Jackson is ultimately ruled out on Sunday. 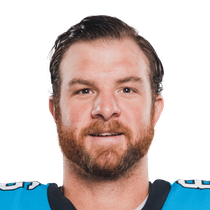 Fantasy Impact: Thompson made his lone target go far with a seven-yard touchdown. It was his only touch. He is just a guy entering Week 11 against the Lions.