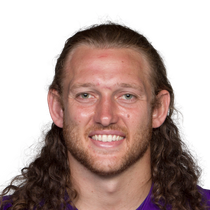 Fantasy Impact: Hockenson was placed on the COVID reserve list in mid July. It as was deemed a precautionary move as he either tested positive for Coronavirus or came in close contact with someone who was infected. He has been activated off the COVID-19 list and cleared for football activities. Hockenson will serve as the Lions’ top TE and is currently 16th among all tight ends in the latest expert consensus rankings. 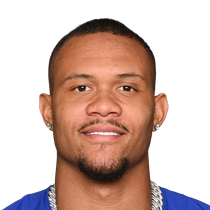 Fantasy Impact: Golladay is activated seven days after going on the reserve/COVID-19 list, which goes to show that the time period on the list is different for every player with the given circumstances. Golladay should be as safe as they get as a top-15 WR this year in fantasy football with a healthy and hungry Matthew Stafford playing quarterback. 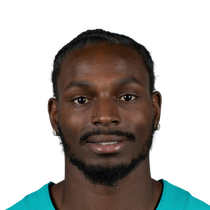 Fantasy Impact: Coleman never developed symptoms and his stay on the list was a short one. He'll be the Lions' primary nickel back this year. 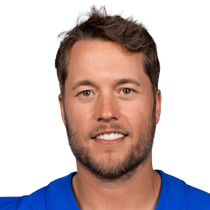 Fantasy Impact: Stafford was placed on the reserve/COVID-19 list on Sunday, but was activated due to a “false-positive” result. In a statement released by the Lions, “Matthew does not have COVID-19 and never has had COVID-19 and the test in question was a false positive.” “Also, all of Matthew’s family have been tested and everyone is negative.” This is sigh of relief for Stafford and he should be all systems go for the preseason. Stafford is borderline fantasy QB1 and currently 12th among all quarterbacks in the latest expert consensus rankings. 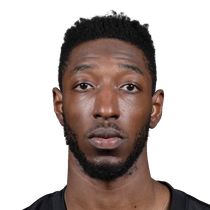 Geronimo Allison opting out of the 2020 NFL season

Lions WR Geronimo Allison has decided to opt out of the 2020 NFL season. (Source: Adam Schefter on Twitter)

Fantasy Impact: Allison was expected to compete for the WR4 job in Detroit. His absence will give a larger opportunity to rookie WR Quintez Cephus out of Wisconsin. Kenny Golladay, Marvin Jones, and Danny Amendola will continue to fill the top-3 WR positions for Matthew Stafford’s Lions. 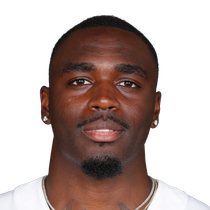 Fantasy Impact: Kearse can still practice with the team during the preseason, but he won’t be able to be on the active roster until Monday, September 28 after the Lions’ Week Three game at Arizona. Kearse signed with Detroit this offseason prior to spending the first four years of his career in Minnesota. 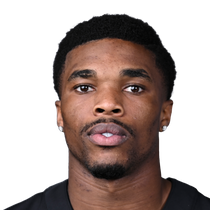 No. 3 overall pick in the 2020 NFL Draft CB Jeff Okudah has agreed to terms on a four-year rookie contract with a fifth-year option with the Detroit Lions. (Source: Ian Rapoport on Twitter)

Fantasy Impact: The standout Ohio State product figures to slot right in as the top corner in Detroit, taking the place of Darius Slay, who is now in Philadelphia. Per PFF, Okudah ranked number one last season in fewest receptions allowed among Big Ten CBs with 50+ targets. At a minimum, he’ll be faced with tough tests within his division by the likes of No. 1 WRs Davante Adams, Adam Thielen, and Allen Robinson. Okudah will be asked to earn his stripes early and often against some of the leagues top wide-outs, and his college tape says he’s more than capable of producing in those situations. 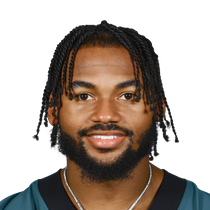 RB D'Andre Swift says he's still unsure what his role in the Lions' backfield will be. (Source: Around the NFL on Twitter)

Fantasy Impact: "I can't even give you my role," said Swift. "Whatever role they have for me, I just gotta make sure I'm in the best shape and know all of the plays so I'm ready to take it on full force. But I'm not going in there looking to do anything, just doing what I've been doing." Swift is ready to battle Kerryon Johnson "full force" for snaps. He recently signed his rookie deal with the Lions and expects to form a one-two punch with Johnson. The 21-year-old has plenty of fantasy upside and is currently 27th among all running backs in the latest expert consensus rankings. 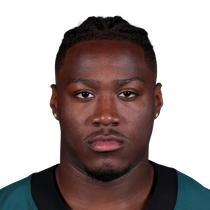 Fifth-round pick RB Jason Huntley has agreed to terms on a rookie deal with the Detroit Lions. (Source: Jason Huntley)

Fantasy Impact: Huntley is expected to compete with Ty Johnson for a spot behind second-round pick D’Andre Swift and incumbent starter Kerryon Johnson. He’s unlikely to see the field very much in 2020, but he’s got some appeal in deep dynasty leagues. 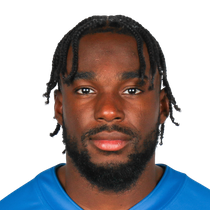 Fantasy Impact: The former Wisconsin Badger slipped a little in the Draft after not putting on the best performance at the combine. Nevertheless, Cephus should be targeted in dynasty leagues as he’ll have the opportunity to climb the depth chart quickly in Detroit with Marvin Jones and Danny Amendola becoming free agents after the 2020 season. 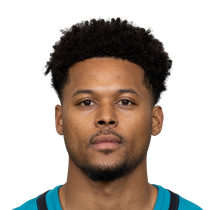 Per NBC Sports’ Peter King, Lions CB Jamal Agnew has been attending both cornerback and wide receiver virtual meetings this offseason, and Detroit plans to move him exclusively to offense this summer during training camp. (Source: Dave Birkett on Twitter)

Fantasy Impact: The fourth-year man out of San Diego became an All-Pro returner his rookie season. He’s spent time on special teams and as a backup corner with the Lions, with most of his contributions coming as a returner. He’s totaled three punt return TDs and one kickoff return TD in his three years with the Lions, but in order for Agnew to have the best chance to make the roster this season, he’ll be transitioning to WR. Last season, Agnew only saw 21 snaps on defense, and with a crowded group of talented defensive backs, it makes sense to see what the playmaker can do on offense with the ball in his hands. Detroit has an established group of WRs in Kenny Golladay, Marvin Jones, and Danny Amendola, so Agnew will be fighting for a 5th or 6th spot on the depth chart this season. 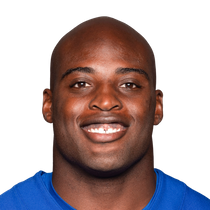 Jarrad Davis not getting fifth-year option from Lions

The Lions are not expected to extend a fifth-year tender to linebacker Jarrad Davis, which will make him a free agent after the 2020 season. (Source: Ian Rapoport on Twitter)

Fantasy Impact: 2017's 21st overall pick and Lions team captain will hit free agency prior to the 2021 season. Davis has started in all 41 games since being drafted out of Florida but had his 2019 season cut short after an ankle injury landed him on IR. He's been a bit up and down throughout his first three seasons, sometimes looking out of his element and other times looking like the Lions' best player. Davis's upside and potential will certainly make him a hot target after this season.

Kerryon Johnson has new competition in the form of D'Andre Swift

The Lions selected D'Andre Swift with the third pick in the second round. Swift, from Georgia, was regarded by many to be one of the best backs in the 2020 Draft. (Source: NFL.com)

Fantasy Impact: Over his first two seasons Kerryon Johnson averaged 15.2 touches per game, a figure that is almost certainly to decrease with the presence of D'Andre Swift. Johnson may very well end up with a similar stat-line by the conclusion of the 2020, compared to what he put up in his first two seasons; however, for fantasy owners his production will likely be stretched over the course of the season, instead of being compressed into eight to 10 games. Fans will have to keep an eye on the rumours leading into the new season to see if they can gain any insight into what the potential work distribution could look like in this new and improved backfield.

According to a source familiar with the situation, the Detroit Lions are planning to pick from the No. 5 spot tonight, which is currently Miami’s first scheduled pick, meaning a trade with the Dolphins could be imminent. (Source: Armando Salguero on Twitter)

Fantasy Impact: There have been rumors swirling that the Lions were open to trading the No. 3 overall pick, and reportedly that could be happening, in a trade with the Dolphins. Detroit would move down to No. 5, and Miami would move up to No. 3. It’s unclear what direction the Dolphins want to go at the top of the Draft, whether it’s OT or QB, but what does seem clear is that the Lions aren’t sold on anyone in particular at No. 3, and were willing to move down a couple spots if the price was right. Stay tuned for more details on the fluid situation leading up to and during the early stages of the Draft. 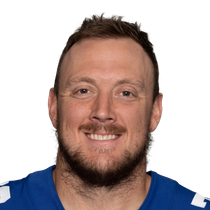 Veteran G Kenny Wiggins has agreed to terms to return to the Lions for the upcoming season. (Source: ProFootballTalk on Twitter)

Fantasy Impact: Wiggins spent five seasons with the Chargers prior to joining the Lions in 2018. In his career, he’s played in 75 games and has started in 38 of them. The Lions have spent the off-season bolstering their offensive line unit, adding RT Halapoulivaati Vaitai, a former member of the Philadelphia Eagles. 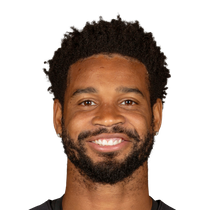 The Philadelphia Eagles and Detroit Lions have agreed to a trade that will send cornerback Darius Slay to the Eagles in exchange for a third- and a fifth-round pick in 2020 NFL Draft, according to reports from Ian Rapoport and Adam Schefter. As part of the deal, the Eagles and Slay have reportedly agreed to a three-year, $50 million contract extension that includes $30 million guaranteed. (Source: Ian Rapoport on Twitter)

Fantasy Impact: The Eagles desperately need help at cornerback and have been trying to acquire Slay from the Lions since last season's trade deadline. The team re-signed Jalen Mills earlier this week but is reportedly moving him into a hybrid safety role. Their other starting cornerback in 2019, Ronald Darby, is currently a free agent. Slay gives the Eagles the number one cornerback they have been searching for after missing out on Byron Jones in free agency after the latter signed a huge deal with the Miami Dolphins. 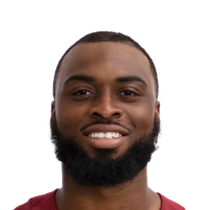 The Redskins have signed running back J.D. McKissic to a two-year deal. (Source: Tom Pelissero on Twitter )

Fantasy Impact: McKissic spent the 2019 season in Detroit, catching 34 passes. He’ll likely serve as the third-down back in Washington this year. Derrius Guice and Adrian Peterson are expected to split early-down work. Former Lions OL Graham Glasgow has agreed to a deal with the Denver Broncos for four-years, $44M. (Source: Adam Schefter on Twitter)

Fantasy Impact: Glasgow can play both RG and C, giving the Broncos the flexibility to move him around as needed on the offensive line. The 2016 third round pick out of Michigan has played in 64 consecutive games in his NFL tenure, and John Elway hopes to bring his consistent play to the Denver offensive line week in and week out. 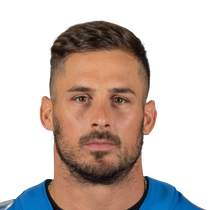 Danny Amendola has re-signed with the Detroit Lions. He signed a one-year deal to return to Detroit. (Source: Peter Schrager on Twitter)

Fantasy Impact: The veteran Amendola will continue to work the slot, but he will have to fight for targets with fellow wide receivers Marvin Jones and Kenny Golladay, along with tight end T.J. Hockenson. As such, Amendola won't be much of a fantasy option to start the season outside of deep PPR leagues. 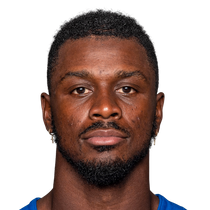 Amani Oruwariye racked up four solo tackles and an interception in Sunday’s 23-20 loss to the Packers.

Fantasy Impact: The 2019 fifth-round rookie is one to watch in dynasty formats. He finished his first season with two interceptions and 18 tackles.