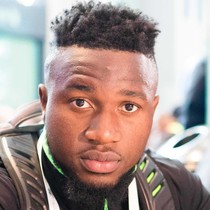 Jaguars DE Yannick Ngakoue is drawing interest from multiple teams around the league in a possible trade. (Source: Mike Garafolo on Twitter)

Fantasy Impact: Ngakoue has been posting many cryptic things on his social media accounts over the last couple weeks, giving teams the sense that he wants out of Jacksonville. The Jaguars, for obvious reasons, are hesitant to part ways with the fifth-year pass-rusher out of Maryland, who’s recorded a whopping 37.5 sacks in his four seasons with Jacksonville. Their asking price in return for Ngakoue is sure to be high given his production, and it remains to be seen if a team is willing to part ways with a high draft pick or two to acquire one of the league’s most dominant pass-rushers. 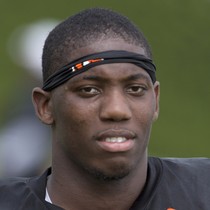 CB Darqueze Dennard and the Jaguars were unable to come to an agreement on final terms on original three-year, $13.5M deal, making him a free agent once again. (Source: Field Yates on Twitter)

Fantasy Impact: Dennard is back on the open market after his representation and the Jaguars couldn’t come to final terms on the contract. After spending six seasons in Cincinnati, Dennard finds himself as a free agent once again. The Jaguars were in desperate need of a corner after trading away both Jalen Ramsey and A.J. Bouye in the last six months, but it looks like Dennard will not being filling in that hole for Jacksonville this season. 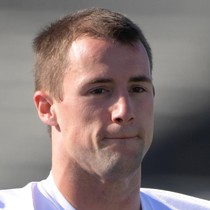 Cody Davis signs a deal with the New England Patriots

Fantasy Impact: Davis started his NFL career with the Rams in 2014 after going un-drafted out of Texas Tech. He didn’t really ever find his footing with them, but very much so resurrected his career as a special teams standout in 2019 for the Jaguars. Davis will now take his talents to New England, where he’ll have the opportunity to learn from one of the best to ever play the game on special teams, Matt Slater. 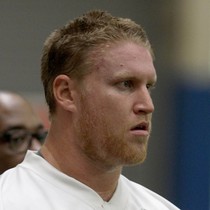 Nick O’Leary signs a deal with the Las Vegas Raiders

Fantasy Impact: Six-year veteran O’Leary has played for Miami, Buffalo, and most recently Jacksonville in 2019. He hasn’t topped 22 receptions in any year in his career, and is utilized more in the run game. O’Leary will play second fiddle to Darren Waller in the Raiders pass offense, but look for him to provide a level of toughness in the run game. 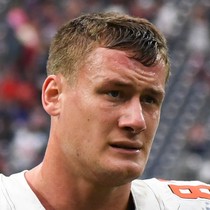 Fantasy Impact: With the signing of DeValve, the Panthers are hoping that he can help fill the void left by former pro-bowler Greg Olsen who signed with the Seahawks earlier this offseason. DeValve will compete with Ian Thomas who should have the initial lead to claim the starting tight end position for the Panthers. The battle between these two during offseason training and training camp should be intriguing. DeValve is worth a speculative add in dynasty tight end premium leagues. 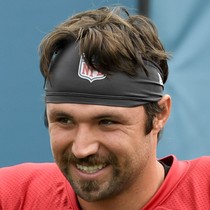 With Nick Foles being traded to Chicago, Gardner Minshew is expected to be the Jaguars' starter in 2020. (Source: Adam Schefter on Twitter)

Fantasy Impact: Minshew took the league by storm last season after newly-acquired free agent Foles went down Week 1 with a broken clavicle. Through his first five weeks he was unstoppable, averaging 255.8 yards per game while throwing nine touchdowns and one pick. Over the next four weeks he cooled down a bit, averaging 251.5 yards to go with four touchdowns and three interceptions. The starting job was given back to Foles who looked abysmal in his return. Monshew took the job back in the middle of week 13 and finished the season averaging 197.2 yards and throwing eight touchdowns and two interceptions over that span. That type of volatility is to be expected from a rookie, especially one drafted in the sixth round. One thing is for certain though; Minshew has a cannon and isn't afraid to use it. Surely, Minshew-mania will come back this offseason and he will creep up draft boards, but temper expectation for the sophomore quarterback and expect him to be a low-end QB2. 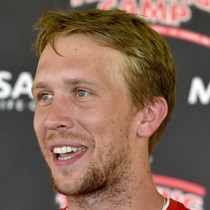 Nick Foles traded to Chicago for compensatory fourth-round pick, No. 140

QB Nick Foles is being traded to the Chicago Bears in exchange for the Bears’ compensatory fourth-round pick, No. 140 overall. Foles has already restructured his contract with Chicago. He still has three years, $21M guaranteed left, but Foles has the ability to void the deal after each of the first two seasons based on his performance. (Source: Adam Schefter on Twitter)

Fantasy Impact: Foles has worked with Coach Matt Nagy in the past, and now he’ll get the opportunity to compete with current Bears QB Mitch Trubisky for the starting job in Chicago. Jacksonville is left with Gardner Minshew II at the quarterback position, but they also have the 9th selection in this year’s draft, so they may decide to select a QB at that slot. Hold the phone on Minshew Mania for now until we see what happens at the draft April 23. 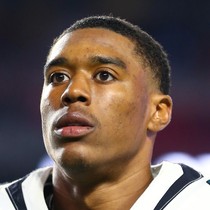 Fantasy Impact: Cole will make $3.26 million in 2020. The Jaguars are expected to roll with D.J. Chark, Dede Westbrook, and Chris Conley in three-wide sets this year. That keeps Cole around for depth purposes. Cole was an udnrafted rookie in 2017. 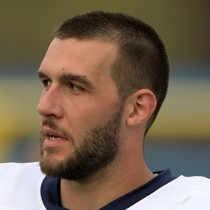 Fantasy Impact: The former Dallas Cowboy failed to make an impact in Jacksonville last year. The Jaguars continue to try and clear up cap space this off-season. 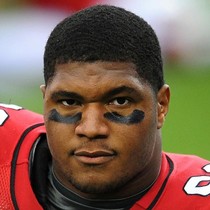 Calais Campbell to be traded to Ravens when league year begins

Ian Rapoport of NFL Network reports the Jaguars are trading Calais Campbell to the Ravens. (Source: Ian Rapoport on Twitter)

Fantasy Impact: Adam Schefter of ESPN adds that the Jaguars are receiving a 2020 fifth-round pick in return. Campbell will reportedly try and sign an extension with Baltimore while this move clears up cap space for Jacksonville. 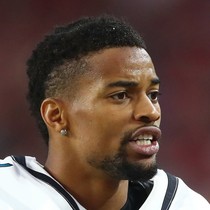 Adam Schefter of ESPN reports the Jaguars have traded cornerback A.J. Bouye to the Broncos in exchange for a fourth-round pick. (Source: Adam Schefter on Twitter )

Fantasy Impact: The trade will be processed when the new league year begins on March 18th. Bouye has two years left on his contract at roughly $13.5 million per season. His addition certainly boosts the outlook of Denver’s defense. 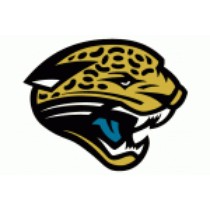 Jacksonville Jaguars will bring back Doug Marrone in 2020

The Jacksonville Jaguars will bring back head coach Doug Marrone for the 2020 season. (Source: Ian Rapoport on Twitter)

Fantasy Impact: The Jaguars who finished with a 6-10 record in 2019, will bring back Marrone for at least one more season. "While our discussions will remain confidential, the decision I am making to keep our staff intact for 2020 has nothing to do with our victory on Sunday and everything to do with my positive meetings with [GM Dave Caldwell], Doug, the coordinators and our players, as well as my belief that this is not the time to consider an overhaul of our organization," owner Shad Khan released in a statement. Marrone has led the Jaguars to a 11-21 record the past two seasons and owns a .44 winning percentage in his tenure as head coach. He did lead the Jaguars to an AFC Conference Championship back in 2017. Despite the recent losing seasons, Marrone will be brought back in 2020. 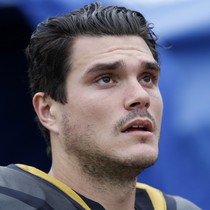 Josh Lambo makes all his kicks in Week 17 win

Josh Lambo was 3-for-3 in field goal attempts and made all three of his extra point tries for 12 points on Sunday as the Jaguars beat the Colts by a 38-20 score.

Fantasy Impact: Lambo had one of the most accurate seasons for a kicker as he was 33-for-34 in field goal attempts and missed just two extra points all season. The veteran kicker will be a must-own in fantasy if he can get on a team with a strong offense. 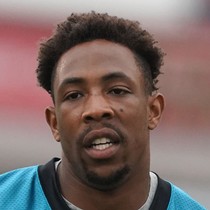 Devine Ozigbo picks up 50 total yards in win on Sunday

Devine Ozigbo rushed nine times for 27 yards and caught three of five targets for 23 additional yards as the Jaguars defeated the Colts on Sunday by a 38-20 score.

Fantasy Impact: Ozigbo an undrafted rookie out of Nebraska saw his first touches of the season on Sunday. Ozigbo has been mostly used on special teams and will look to make the Jaguar's roster once again in 2020. 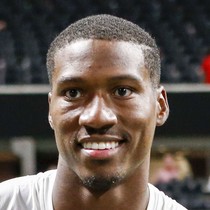 Dede Westbrook leads the Jaguars in catches in win

Dede Westbrook made seven catches for 72 yards and a touchdown on eight targets Sunday in Jacksonville’s Week 17 win over Indianapolis by a 38-20 score.

Fantasy Impact: Westbrook came into 2019 as the top receiver for the Jaguars and looked ready for a big breakout. That did not happen as the receiver finished with a 66-660-3 receiving line over 15 appearances. Westbrook will have to fight his way back up the depth chart in 2020. 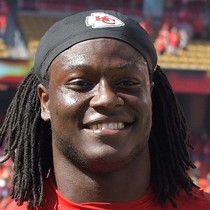 Chris Conley made three catches for 38 yards on six targets Sunday in the Jaguars’ Week 17 victory over Indianapolis by a 38-20 score.

Fantasy Impact: Conley had the best season of his five-year career in 2019 with 47 catches for 775 yards and five touchdowns. The veteran wide receiver should have a solid role in 2020 but will not be a standard league own. 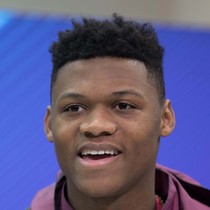 D.J. Chark hauls in four passes in win on Sunday

D.J. Chark hauls in four passes for 34 yards on five targets Sunday in the Jaguars’ Week 17 victory over the Colts by a 38-20 score.

Fantasy Impact: Chark had a fairly quiet game but was able to go over 1,000 receiving yards for the season. The second-year receiver led the Jags in both receiving yards (1,008) and touchdowns (eight) while placing second to Leonard Fournette in catches with 73. 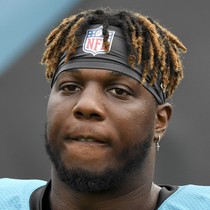 Ryquell Armstead scores a TD in win over the Colts

Ryquell Armstead rushed 10 times for 33 yards and caught five of nine targets for 67 yards and a touchdown in Sunday's 38-20 win over Indianapolis.

Fantasy Impact: Filling in for an injured Leonard Fournette in Week 17, Armstead saw a career-high in touches. The rookie fifth-round pick was able to provide a solid fantasy performance with his work in the passing game. Armstead looks to go into 2020 as the backup to Fournette once again. 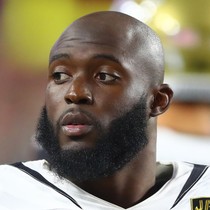 Fantasy Impact: Fournette broke the news late this week that he is dealing with an illness that will keep him sidelined Sunday. Ryquell Armstead will lead the Jaguars' backfield in Fournette's absence. 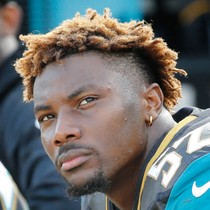 Donald Payne continued his fantastic play against the Raiders, registering 11 solo tackles, two assisted tackles, and a pass defended in a 20-16 loss.

Fantasy Impact: Payne has been absolute machine Weeks 13-15, averaging just under 14 tackles per game. Though his fantasy value is completely buoyed by this singular stat, he will be a viable IDP for your team now that Myles Jack is on the IR. He and the Jaguars play the Falcons next weekend.