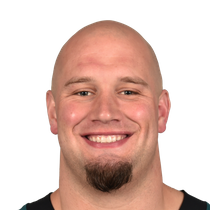 Philadelphia Eagles RT Lane Johnson (ankle) is "doing well" with his ankle and is expected to be cleared within the next month. (Source: Rob Maaddi on Twitter)

Fantasy Impact: Johnson was placed on IR during the last month of the 2020 season to undergo surgery repairing an ongoing ankle injury, limiting him to just nine games. He also stated that his relationship with Eagles general manager Howie Roseman is "fine" and that he should be cleared by the team's medical staff in a month. Continuity along the offensive line will be crucial for the Eagles to avoid another disappointing season in 2021, as they return C Jason Kelce and RG Brandon Brooks. Johnson should be healthier than he has been across the last couple of seasons, helping solidify an offensive line to protect QB Jalen Hurts. 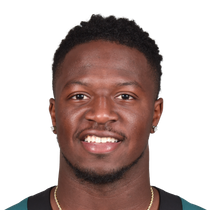 Adam Schefter of ESPN reports that Jordan Howard and the Eagles have agreed on a one-year deal. (Source: Adam Schefter on Twitter )

Fantasy Impact: Howard was used in a minimal role in 2020. He only carried the football seven times for 27 yards and no touchdowns. He is merely a depth-piece at the RB position. He has no fantasy value unless Miles Sanders or Boston Scott go down with injury. 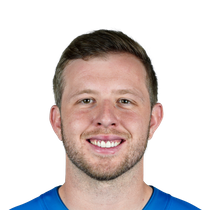 Ian Rapoport of NFL Network reports that Nate Sudfeld has signed a one-year deal with the 49ers. (Source: Ian Rapoport on Twitter)

Fantasy Impact: Sudfeld has been a backup QB for his first three seasons in the NFL. He completed five passes on 12 attempts for 32 yards and one interception in 2020. 49ers have moved up in the draft with the intention of drafting a QB. Sudfeld has no fantasy value unless injuries start to pile up. 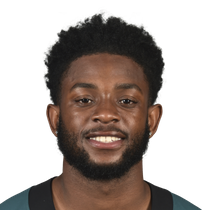 Greg Ward signs tender to return to the Eagles

Fantasy Impact: Ward elevated his play in 2020 during his second season with the Eagles, hauling in 53 receptions for 419 yards and six touchdowns across all 16 regular-season games. With a lot of young and inexperienced players comprising the core of Philadelphia's receiving corps, expect their front office to invest in Ja'Marr Chase, Devonta Smith, or Jaylen Waddle to bolster talent on their roster in 2021. Ward still promises to play a prominent role in the Eagles' passing game and will look to improve upon a solid 2020 campaign with a full offseason to build chemistry with QB Jalen Hurts.

The Philadelphia Eagles have traded the 6th overall pick and pick 156 to the Miami Dolphins for the 12th overall pick, pick 123, and a 2022 1st-rounder. (Source: Field Yates on Twitter)

Fantasy Impact: Shortly after the Dolphins traded back from the 3rd overall pick to 12 (with San Francisco), they flip that pick to the Eagles for 6 overall. Moving back six spots also nets Philadelphia the Dolphins’ 2022 1st-round pick. The Eagles are thought to be eyeing a pass-catcher in the first round, so the belief is whoever they’re targeting could still be available at 12 overall. 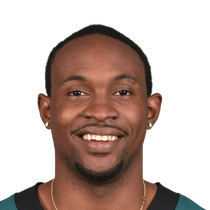 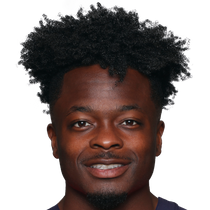 Fantasy Impact: Goodwin "reverted back" to San Francsico earlier this week. It was a procedural move after he opted out of playing for the Eagles last season following the trade. He's now on the open market and free to sign with any team. 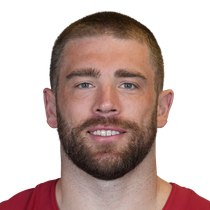 The Eagles have given veteran tight end Zach Ertz and his representation permission to seek a trade, according to NFL insider Ian Rapoport. (Source: Ian Rapoport on Twitter)

Fantasy Impact: The Eagles have been discussing Ertz with other teams for multiple weeks now, so this is hardly breaking news. However, this could indicate that the end is near, and by allowing Ertz and his agent to seek out a deal and potentially negotiate a contract extension with a new team, the Eagles are hoping to receive fair compensation. Ertz had a down year in 2020, but so did pretty much every member of the Philadelphia offense. He is still just 30 years old and is only two seasons removed from getting the NFL record for receptions in a season by a tight end with 116. 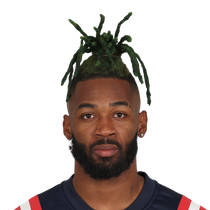 DB Jalen Mills and the Patriots have agreed on a four-year, $24 million contract. The deal includes $9 million guaranteed. (Source: Adam Schefter on Twitter)

Fantasy Impact: Mills gives the Patriots a new look secondary and is one of three defensive players New England reached agreements with on Monday. He racked up a career-high 74 tackles (59 solo), one interception and one forced fumble across 15 games for the Eagles in 2020. Mills is versatile and can play both cornerback and safety for the Patriots in 2021. 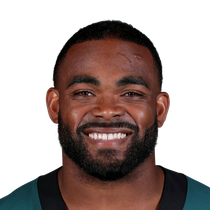 Per Jeremey Fowler of ESPN, Brandon Graham's new deal with Philadelphia will be a one-year extension worth close to $20 million over two years, per source. Was originally due $13 million this year. (Source: Jeremy Fowler via Twitter)

Fantasy Impact: After another standout season, the long time Eagles starter who has 59 sacks with the team inked a new deal that will keep him in Philadelphia for another two seasons. Graham has a career PFF grade of 92.1, tied for third best. Isaac Seumalo agrees to restructure with Eagles, per Rapoport

Fantasy Impact: The move doesn't come at much of a shock. The veteran OT was slotted to make $5.4 million against the cap in 2021. Seumalo, 28, played and started in nine games last season for the Eagles. 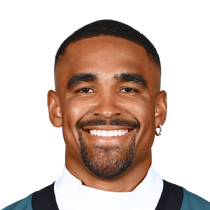 Chris Mortenson is reporting that, although not unanimous, the Eagles will be looking to make Jalen Hurts the team's 2021 starter. The Eagles' owner, Jeffrey Lurie, has instructed the team to prioritize making Hurts successful rather than having an offseason competition. (Source: Chris Mortenson on Twitter)

Fantasy Impact: With Carson Wentz out of town, the job appears to be Hurts's for the taking. Although the latter had a lot of turnover-worthy plays last season, he also showed flashes of light feet and a big arm. The 2020 second-round pick averaged 68 rushing yards per game over his four starts last season, which would extrapolate to over 1,000 on the year. With an influx of rushing quarterbacks taking the league by storm, Hurts could follow in the footsteps of Lamar Jackson and Kyler Murray and be a great fantasy asset in 2021. Although our Expert Consensus Ranking currently has Hurts slated as QB15, a clear nomination as the team's starter would likely cause his stock to rise. 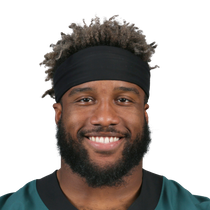 Fantasy Impact: Scott was tendered and can only negotiate with the Eagles this offseason. He started four games for Miles Sanders in 2020 and turned in solid, but unspectacular lines. Scott logged 80 carries for 374 rushing yards along with 25 receptions on 36 targets for 212 receiving yards and two touchdowns. The 25-year-old is currently the backup to to starting RB Miles Sanders, but could see his role reduced in 2021 if the Eagles new HC Nick Sirianni adds some competition to the backfield. 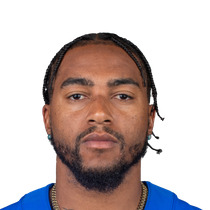 DeSean Jackson released by the Eagles

Fantasy Impact: Jackson was officially released by the Eagles on Friday. Philadelphia can save around $6 million towards the salary cap by waiving the wide receiver. Jackson still wants to play and will look to latch onto another team during the offseason. The 34–year-old hauled in 14 receptions on 26 targets for 236 yards and one touchdown across five games for the Eagles in 2020. 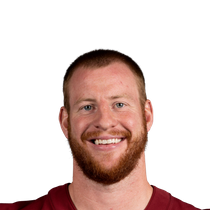 Carson Wentz has been traded to the Colts

Per Adam Schefter, Carson Wentz has been traded to the Colts for a 2021 third-round pick and a conditional 2022 second-round pick that could turn into a first. (Source: Adam Schefter on Twitter)

Fantasy Impact: The speculation for the last few weeks was that Wentz was headed to either Indianapolis or Chicago. While reports were that the Bears had a better offer on the table, the quarterback preferred Indianapolis. The Colts give Wentz a much better opportunity to bounce back to the near-MVP-level play we saw from the former second overall pick. Wentz landed a dream gig for a quarterback with an elite offensive line, a strong run game, and a group of talented pass-catchers. He struggled in 2020 with the Eagles, setting career-lows in completion percentage, yards per game, touchdown rate, and yards per attempt. He also set career-highs in interceptions and sacks before being benched for rookie Jalen Hurts. Hurts appears set to take the lead under center for the Eagles in 2021 now. This news will cause Wentz to fly up draft boards and make him a high-end QB2 with tremendous upside. 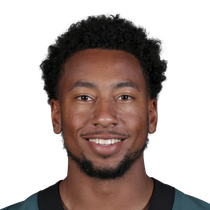 Travis Fulgham: Doug Pederson was concerned about his 'work habits'

Fantasy Impact: The 25-year-old got off to a blistering start to the year, topping 70 receiving yards and/or scoring a touchdown in each of his first five games. However, from that point on he failed to top 30 receiving yards in any one contest. Fulgham was supposedly placed in Pederson's doghouse and was phased out of the offense. A new coach arriving in Philadelphia should only be seen as a positive for Fulgham moving forward. 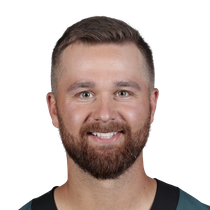 Eagles kicker Jake Elliott made both of his extra point tries and did not attempt a field goal in Sunday's loss to Washington.

Fantasy Impact: Elliott had a disappointing season in Philadelphia and only attempted one field goal over the final three weeks combined. He finishes the year 14-for-19 on field goal attempts and 24-for-26 on extra point tries. 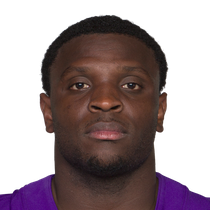 Jalen Reagor (head) ruled out for remainder of Week 17

The Eagles ruled out WR Jalen Reagor (head) for the remainder of Week 17 against Washington. (Source: Jeff McLane on Twitter)

Fantasy Impact: Reagor finishes his rookie campaign with 31 receptions for 396 yards and one touchdown. He dealt with injuries as well as inconsistent quarterback play and should ultimately be considered a "buy" candidate in dynasty leagues. Reagor was the 21st overall pick in the 2020 NFL Draft. 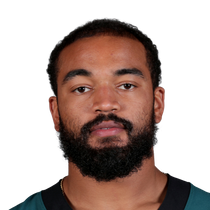 Eagles DE Derrick Barnett will miss the season finale against the Washington Football Team due to a calf injury.

Fantasy Impact: Barnett has been out since Week 16 with a calf injury and will not play in the final game of the season. Barnett registered a career-high 34 tackles but was otherwise, not that impressive for the Eagles this season. Barnett has one year left on his rookie deal and is set to make $10M next season in Philadelphia. 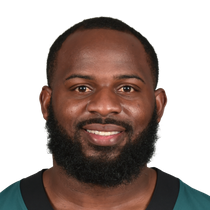 Fantasy Impact: Cox will miss the season finale with a neck injury and ends his season with 41 total tackles (9 for loss), 6.5 sacks, and one forced fumble. The nine-year pro made six straight Pro Bowls and remains one of the game's top defensive lineman.