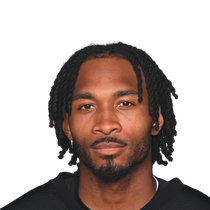 Fantasy Impact: The 22-year-old was a third-round pick of the Steelers last year. He appeared in just 10 games as a rookie. 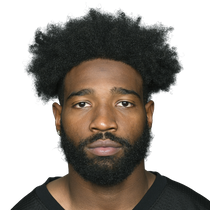 Ed Bouchette of The Athletic writes that Jaylen Samuels may not make the Steelers' final roster. (Source: The Athletic)

Fantasy Impact: James Conner is the locked-in starter in Pittsburgh and the team also has Benny Snell. Additionally, they drafted Anthony McFarland back in April, which puts Samuels' roster spot in jeopardy. We would have an easier time reading this situation if we had preseason games to watch, but alas. There would be several backs worth picking up in the event of a James Conner injury this year. 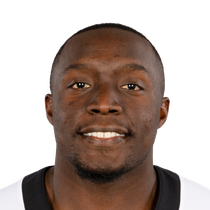 James Washington has been activated from the reserve/COVID 19 list and will be joining the Steelers' training camp. (Source: Pittsburgh Steelers on Twitter)

Fantasy Impact: The Steelers put Washington on the reserve/COVID-19 list on August 2nd, but he has now been activated from it. The quick turnaround is a good sign for Washington as he rejoins the team. Washington will be competing for a starting spot with Diontae Johnson and rookie Chase Claypool. Hopefully training camp will give some clarity to what Washington's role is with the team for the 2020 season. 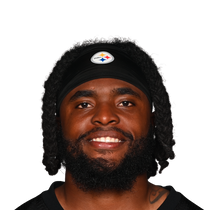 Fantasy Impact: Johnson suffered the injury in Week 2 last year and still managed to haul in 59 receptions for 680 yards and five touchdowns on the season. Those numbers are even more impressive when you consider the atrocious quarterback play Pittsburgh got in 2019. Johnson, a third-round pick last year, is a wildly popular breakout candidate in fantasy right now. 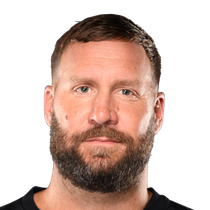 Ben Roethlisberger worked out on Monday and on Tuesday morning said "My arm feels really good. I threw a lot of balls yesterday.” When asked about waking up the next morning he said “it feels great.” He also disclosed that he tore three flexor tendons off the bone which is what required the elbow surgery. (Source: Aditi Kinkhabwala on Twitter)

Fantasy Impact: At 38-years-old, Roethlisberger's return has been watched closely by fans and experts. There was a lot of uncertainty as to whether he would make a comeback at all after opting for elbow surgery last fall. After almost a year off though, Roethlisberger is saying that he is throwing pain-free and appears to have made a full recovery. In 2018 (Roethlisberger's last full season) he threw for a league-high 5,129 yards on a whopping 675 attempts (fourth most of all-time). He'll have some adjustments this season as he'll be without superstar Antonio Brown for the first time since 2010, but a developing corps of Juju Smith-Schuster, James Washington, and Diontae Johnson should benefit from having the gunslinger veteran back under center. 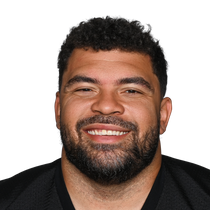 Per Jeremy Fowler of ESPN, DE Cameron Heyward is concerned about the lack of progress on his final contract year with Pittsburgh. (Source: ESPN)

Fantasy Impact: While Heyward would like to retire a Steeler, it might not happen given the contract extension stalemate. The Steelers took Heyward as the 31st overall pick of the 2011 NFL Draft and he amassed 54 sacks, 257 solo tackles, 117 QB hits, and 297 combined tackles to date. The biggest wrench in the works for fantasy owners would be if Heyward holds out, but there is no indication of that at the moment. IDP owners in leagues with less than six defensive players on their rosters should still find DE value on the waiver wire if things go south before the season starts. 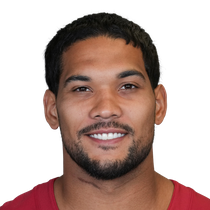 Tom Pelissero of NFL Network reports cancer survivor James Conner is not expected to opt out of the 2020 season. (Source: Tom Pelissero on Twitter)

Fantasy Impact: Fellow cancer survivor Marcus Cannon of the New England Patriots opted out on Monday night, which raised the question of whether or not Conner would follow suit. The 25-year-old is playing for a new contract and has a chance to be the Steelers' featured back this year. To some, Conner looks like a screaming value in fantasy drafts as the RB19 in our expert consensus rankings. 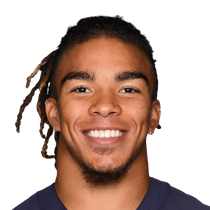 A second round selection in the 2020 Draft Claypool officially signed his rookie contract on July 22. It is a reportedly a four-year deal totaling $6,616,636, with a signing bonus of $2,372,100. (Source: Chase Claypool on Twitter)

Fantasy Impact: Chase Claypool has all the intangibles to succeed in the NFL, but didn't put up a lot of production in college. Expected to be able to compete for a starting wideout role for the Steelers this season there is potential for Claypool to see a significant number of snaps in his rookie year. The other major receivers in this offense include JuJu Smith-Schuster, Diontae Johnson and James Washington. He is currently going undrafted in re-draft leagues this summer, but could be a waiver wire target later in the season if he can acclimate to the pro-level game. 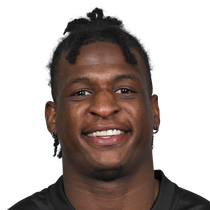 Mike Hilton signs his 2nd round tender with the Steelers

Per his agent Drew Rosenhaus, Steelers CB Mike Hilton has signed his 2nd round tender with Pittsburgh. (Source: Ian Rapoport on Twitter)

Fantasy Impact: Hilton has played three seasons for the Steelers, accumulating 186 tackles, 6.5 sacks, and four interceptions. He’s been a steady, reliable player for Pittsburgh in the secondary, having only missed one game thus far in his career. The 26-year old hopes to be signed long-term prior to the start of the season. 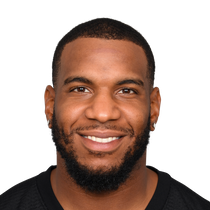 Steelers TE Eric Ebron took to Twitter Thursday afternoon to let everyone know that he passed his physical and is finally running and cutting with no pain after an ankle injury that sidelined him in 2019. (Source: Eric Ebron on Twitter)

Fantasy Impact: Ebron comes in at #19 in FantasyPros consensus TE rankings. He’ll likely share pass-catching responsibilities with incumbent Vance McDonald, but Ebron is the tight end to own in Pittsburgh. A healthy Ben Roethlisberger will also help Ebron live up to the hype. He said on Twitter, “I promise u this gone be something to watch.” He could produce as a TE1 this year when all is said and done if he can make it through a full season in Pittsburgh. 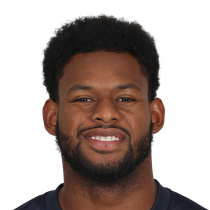 Ed Bouchette of The Athletics believes it is "not likely" that the Steelers re-sign JuJu Smith-Schuster after this season. (Source: The Athletic)

Fantasy Impact: Smith-Schuster, still just 23 years old, is a free agent after the 2020 season. Pittsburgh has a history of rarely giving second contracts to receivers (Mike Wallace, Emmanuel Sanders, etc.) Additionally, the team drafted Chase Claypool with the 49th pick to pair with the rising Diontae Johnson out wide. Smith-Schuster is expected to receive more snaps out of the slot this year, which will be good for his fantasy value. The former USC receiver averaged 1.93 yards per route run out of the slot in 2018 (per Pro Football Focus). 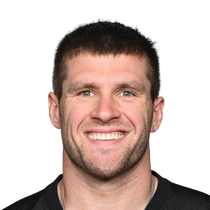 T.J. Watt’s fifth-year option has been exercised by the Steelers

Fantasy Impact: Over the last two seasons, Watt has established himself as one of the league’s best linebackers. In 2019, he recorded a career-high 14.5 sacks to go along with 55 tackles. In his three-year career with the Steelers, he’s totaled 177 tackles and a whopping 34.5 sacks. He’s cemented himself as a top-10 option in IDP leagues and fantasy owners can expect much of the same from Watt in 2020. 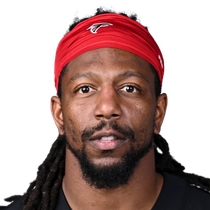 Bud Dupree officially signs his franchise tender with the Steelers

Pittsburgh OLB Bud Dupree has officially signed his franchise tender and will return to the Steelers in 2020. His base salary will be $15.828M unless the two sides come to an agreement on a long-term deal. (Source: Jeremy Fowler on Twitter)

Fantasy Impact: Dupree signs his franchise tender ahead of the NFL Draft, and will be a member of the Steelers defense for at least one more year. The former first-round pick out of Kentucky had a career year for Pittsburgh last season, recording career-highs in both tackles and sacks, with 68 and 11.5 respectively. In his five-year career with the Steelers, Dupree has a total of 200 tackles and 31.5 sacks in 70 games played. He’ll be an early target in IDP leagues given his ability to get after the quarterback.

The Steelers have not ruled out drafting another QB

Fantasy Impact: QB Ben Roethlisberger (elbow) is expected to be ready by the time preseason starts, but the Steelers are reportedly looking to add another QB via the draft. “If any pick makes sense at any time, then of course we will make those picks,” Colbert said. The Steelers currently have Roethlisberger, Devlin Hodges, Paxton Lynch and JT Barrett on the QB depth chart. Pittsburgh’s offense struggled mightily last year when Roethlisberger went down Week 1, and will look to add insurance at the QB position during the 2020 NFL draft. 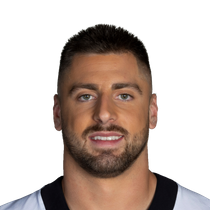 Nick Vannett signed a two-year contract with the Broncos on Saturday. (Source: Ian Rapoport on Twitter)

Fantasy Impact: Vannett signs a two-year deal with Denver and will most likely backup starter Noah Fant. He totaled 17 catches for 166 yards across 16 games for both the Steelers and Seahawks in 2019. Vannett is mainly a target in deep-league formats. 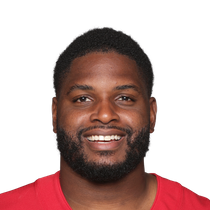 Former Steelers NT Javon Hargrave is headed to the Eagles on a three-year, $39M deal with $26M guaranteed. (Source: Adam Schefter on Twitter)

Fantasy Impact: The deal makes Hargrave the highest paid nose tackle in the NFL. He recorded 60 tackles and four sacks last season for the Steelers, and he’s only missed one game in four seasons. Philadelphia certainly paid a pretty penny for a guy that’s not going to provide them with the help they need in the secondary, however he’s a nice rotation piece for the defensive line. 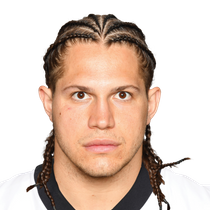 According to Adam Schefter, the Steelers have released linebacker Anthony Chickillo. (Source: Adam Schefter on Twitter)

Fantasy Impact: Chickillo was given a two-year deal prior to last season, but after an underwhelming 2019 campaign and the emergence of T.J. Watt the Steelers have chose to move on from the fifth-round product from Miami. It's uncertain where he will land but tough to imagine that he brings much fantasy value to the table anywhere. 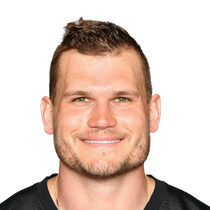 Fantasy Impact: McDonald was a disappointment for the Steelers and fantasy owners who invested in him as their TE1 entering the 2019 season. Touted by many as a high-upside pick, he continued to deal with injury and ineffectiveness when he was on the field. The Steelers acquired Nick Vannett to fill in at the position, but he's an unrestricted free agent this offseason. McDonald could warrant fantasy consideration if he's the clear starter, but it remains to be seen how the team will address the position this offseason. 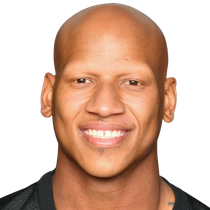 The Steelers continue to say that there is no timeframe on the return of Ryan Shazier. (Source: Pittsburgh Tribune Review)

Fantasy Impact: Shazier continues to try to return to the NFL following what was thought to be a career-ending injury. While he's made great strides to regain mobility, there's no indication at this point that Shazier will be ready to return to the team in 2020. 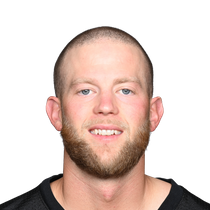 Pittsburgh Steelers kicker Chris Boswell made his lone field goal and added an extra point in a 28-10 loss to the Ravens in Week 17.

Fantasy Impact: Boswell turned in a solid season, hitting 29-of-31 field goals and all 28 of his extra points. His scoring was suppressed by a weak Pittsburgh offense but he should bounce back in 2020 with Ben Roethlisberger expected to return from injury.