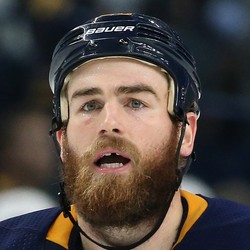 Ryan O'Reilly with two assists Wednesday versus the Ducks

Ryan O'Reilly recorded two assists versus Anaheim Wednesday. The first assist came on the power-play and the second came on the eventual game-winner.

O'Reilly is coming off a career-high 77 points last season which is worth a roster spot in the vast majority of leagues. He has seven seasons with at least 55 points.