Aaron Dell stopped 30-of-33 shots during the Sharks 3-2 loss versus the New York Rangers.

Fantasy Impact: Dell has gone 2-3 in his last five games with 18 goals allowed. 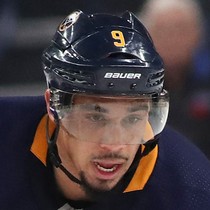 Evander Kane finished with four shots and a minus-two rating in 12:19 minutes during a 3-2 loss to the New York Rangers. It was his first game back after serving a three-game suspension for elbowing Winnipeg defenseman Neal Pionk.

Fantasy Impact: This season in 55 games, Kane has 21 goals and 16 assists with a minus-11 rating. 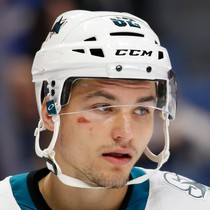 Kevin Labanc had an assist during the Sharks 3-2 loss to the New York Rangers. He had four shots on goal and was a minus-three in 20:47 minutes of ice time.

Fantasy Impact: This season in 61 games, Labanc has 14 goals and 18 assists with a minus-28 rating. He has one goal and two assists in his last five games but has a minus-seven rating in just his last three games. 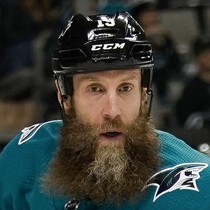 Joe Thornton scored two goals on four shots during the Sharks 3-2 loss to the Rangers.

Fantasy Impact: The goals were just his fourth of the season and he also has 23 assists in 61 games played. The goals ended a 50-game goal drought on the road for Thornton. 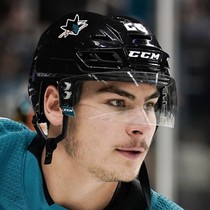 Timo Meier scored a third-period goal at 6:47 that proved to be the difference in the Sharks 3-2 win versus Winnipeg. He ended the game with three shots on goal in 15:49 minutes of ice time.

Fantasy Impact: Meier has a four-game point streak going that includes three goals and three assists with 13 shots in that span. The goal was his 19th of the season to go along with 19 assists in 57 games played. 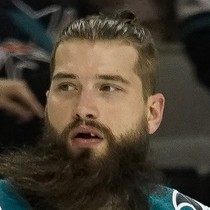 Brent Burns played in his 1,100th NHL game as the Sharks beat the Jets 3-2. He has also played in 528 consecutive games which is the second-longest streak in the NHL . Burns did collect an assist while blasting six shots on net in 28:28 minutes of ice time.

Fantasy Impact: This season in 57 games, Burns has 12 goals and 26 assists with a minus-22 rating. He does have two goals and three assists with 15 shots on goal in his last four games. 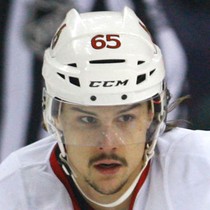 Erik Karlsson scored a goal and had an assist during the Sharks 6-2 loss to Calgary. During the game he also fired four shots on goal in 23:51 minutes of ice time.

Fantasy Impact: It was his first goal in 11 games. This season Karlsson has six goals and 34 assists with a minus-14 rating in 55 games. 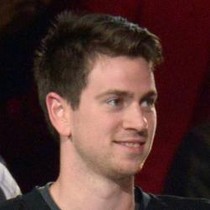 Fantasy Impact: The Sharks and Jones allowed the Canucks to score four unanswered goals in the home loss. Jones has struggled this season going 13-17-2 in 33 games played with a 3.25 GAA and a .889 save percentage. He has allowed 13 goals in his last three starts. 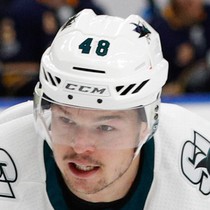 Tomas Hertl to miss remainder of season with knee injury

Tomas Hertl will miss the remainder of the season after suffering a torn ACL and MCL during the Sharks 5-2 loss to Vancouver. (Source: NHL.com)

Fantasy Impact: Hertl was second on the team in scoring with 36 points (16 goals and 20 assists) in 48 games played. 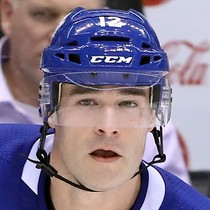 Patrick Marleau scored two goals helping the Sharks to a 4-2 win versus Anaheim. The goal was his 561st tying him for 25th place in NHL history with Mike Modano.

Fantasy Impact: He now has 10 goals and nine assists in 47 games played for San Jose this season. He isn't the prolific point producer anymore but does have three goals and one assist in his last five games played 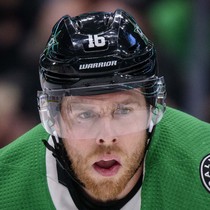 Joe Pavelski signs with the Stars

Joe Pavelski has decided to leave the San Jose Sharks to sign a three-year $21 million contract with the Dallas Stars Monday. (Source: Matthew DeFranks on Twitter)

Fantasy Impact: Pavelski has spent the first 13 years with the San Jose Sharks and has been their captain since 2014. During his tenure with the Sharks, he has scored 355 goals and dished out 406 assists in 963 games played. The Stars are looking to taking the next step in claiming a championship this year and they hope that Pavelski's veteran presence can get them over the hump. It will be exciting to see how Pavelski adapts with some of the other high levels of talent present on Dallas, such as Jamie Benn and Tyler Seguin. 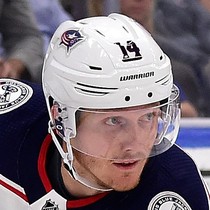 Gustav Nyquist will be heading to Columbus this offseason for a four-year deal worth $5.5 million. (Source: Bob McKenzie on Twitter)

Fantasy Impact: In eight seasons playing for both the Red Wings and Sharks, Nyquist scored 125 goals and totaled 295 points. He definitely will make for a nice fill to Columbus' offense after losing UFA Artemi Panarin in free agency just a little earlier in the day. 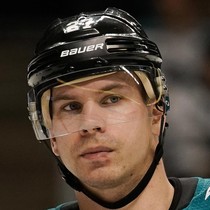 Joonas Donskoi has stated that he feels fine after taking a puck to the face in Game Five and being forced to leave the contest shortly after. (Source: Curtis Pashelka on Twitter)

Fantasy Impact: Donskoi appears to be pretty optimistic about returning to the Shark's lineup for a critical Game Six showdown with the St. Louis Blues this Tuesday evening. With that being said, he should more than likely be ready to suit up unless told otherwise. 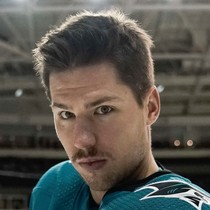 Logan Couture with a late game-tying goal versus Blues Wednesday

Logan Couture scored the game-tying goal for the Sharks with 1:01 remaining in the third period to force OT in Game Three against St. Louis.

Fantasy Impact: Couture came to the rescue with a late game-tying goal for the Sharks as they were almost going to fall behind two games to one against the St. Louis Blues in the Western Conference Finals. Couture has had an awesome post-season so far with 14 goals, six assists, and a plus-eight rating through 17 games played. 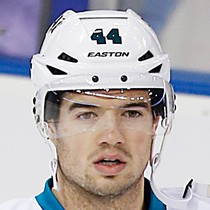 Marc-Edouard Vlasic with two goals in loss to Avalanche

Marc-Edouard Vlasic struck twice with a pair of goals during Monday's 4-3 OT loss to the Colorado Avalanche.

Fantasy Impact: Vlasic has been playing very well for the Sharks this post-season with six points and a plus-five rating through 13 games played so far. 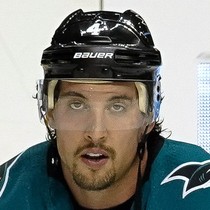 Brenden Dillon with an assist in loss to Knights Friday

Fantasy Impact: Brenden Dillon has eight assists in 42 post-season games played with the San Jose Sharks over the course of four years.

Antti Suomela with an assist Thursday versus the Rangers

Antti Suomela recorded an assist versus New York Thursday. The goal he assisted on gave San Jose a 2-1 lead.

Fantasy Impact: Unless you are in a deep league, you probably should monitor him before committing. He is a 24-year-old rookie from Finland.

Marcus Sorensen scores a goal Thursday versus the Rangers. His goal was shorthanded.

Fantasy Impact: It is possible that he turns into something but early indications and the fact that he was drafted back in 2010 seem to keep those hopes low. Sorensen has not played even 41 games in a single season and has never reached double-digits in points. 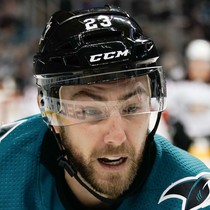 Barclay Goodrow scores a goal Tuesday versus the Flyers

Fantasy Impact: Goodrow will need to increase his output before he will be much of an option. He is young so it is possible that happens. 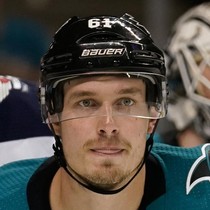 Justin Braun with an assist Tuesday versus Philadelphia

Justin Braun recorded an assist Tuesday versus the Flyers. The assist came on the power-play.

Fantasy Impact: Braun scored 33 points last season and being on the ice with stars like Kane will help in the quest to at least match it this season. He is a solid option at defenseman in many leagues.