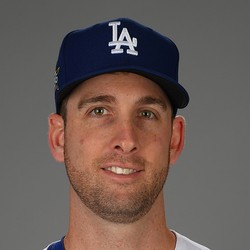 Rays reliever Adam Kolarek has been traded to the Los Angeles Dodgers in exchange for Niko Hulsizer at Wednesday's 4pm trade deadline.

The Dodgers had been looking for relief help and had aimed their sights at Felipe Vasquez but ultimately ended up getting Kolarek from the Rays. He should not see many save opportunities but could be worth a look in leagues that reward for holds.

Adam Kolarek shut down the White Sox in the ninth inning on Sunday, preserving a two-run lead to earn his first save of the season.

The Rays have struggled to find a consistent closer this season and Kolarek is the latest reliever to get an opportunity. Kolarek has a 3.92 ERA, 1.26 WHIP and 32/12 K/BB ratio across 39 innings and is worth a speculative add by fantasy owners desperate for saves.

Adam Kolarek pitched a scoreless ninth to record his first career save against the Yankees on Thursday. He struck out two while lowering his ERA to 5.63

Kolark is 29 years old, with only 24 1/3 big league innings under his belt. Today will be he most memorable outing of is big league career thus far. He inherited the bases loaded with no outs in the ninth in Yankee Stadium and did not allow a run to score to preserve the Rays 3-1 victory, over the Yankees.