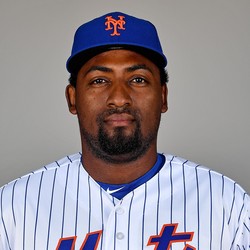 Newly acquired Arquimedes Caminero picked up the win on Wednesday tossing one shutdown inning of relief.

Caminero has not allowed a run since joining the Mariners and appears to have settled into an 8th inning setup role. His electric arm pairs well with Edwin Diaz in the setup and closer duo.

Arquimedes Caminero is in contention for the Pirates final bullpen spot. Caminero is battling John Holdzkom for this position, and the two pitchers are very similar in style. The Pirates could keep both pitchers but it is highly unlikely because they both are fit for the same role.

Arquimedes Caminero is in contention for the final bullpen spot for the Pittsburgh Pirates. Caminero has been throwing out of his mind this spring. He has thrown 4 innings and only given up 2 hits. In those 4 innings he has had 7 strikeout. Caminero will make the Pirates opening day roster because he is out of options and his counterpart, John Holdzkom, still has options remaining. Caminero will not be a top fantasy reliever until he proves his worth in the regular season.

Relief pitcher Arquimedes Caminero was traded to the Pittsburgh Pirates for cash considerations. He had been previously designated for assignment by the Marlins.

Caminero has always had a live arm, with a career K/9 over 10 in the Minor Leagues. With his high strikeout numbers have always come high walk numbers. He's a name to keep an eye on in case he can improve his control, but he's likely to be released again if he cannot make the Pirates' big league club.