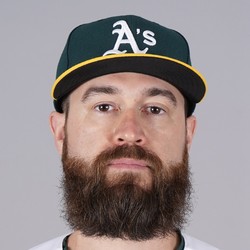 Reliever Brian Schlitter has been optioned to Iowa for outfielder Junior Lake.

Schlitter had been seriously struggling, having already picked up two losses and sporting an ERA of 9.53. This move increases the value of relievers Zach Rosscup and recently promoted Gonzalez Germen.

Brian Schlitter was once again the losing pitcher for the Cubs, but only after coming in to clean up Edwin Jackson's mess. Jackson faced three batters without recording a single out, only to get bailed out by Schlitter. Schlitter then began the next inning, allowing a double before getting pulled, the runner on second base would eventually score the winning run. Schlitter finished with two strikeouts, one hit, one earned run, and no walks.

Schlitter has been playing very poorly, allowing three earned runs over his last two appearances, and four earned runs over his last four appearances. Schlitter became a go to middle reliever for the Cubs once Justin Grimm and Neil Ramirez went down, and he will probably continue to see playing time out of necessity, but that does not mean there is any reason to roster him while he is going through this funk.