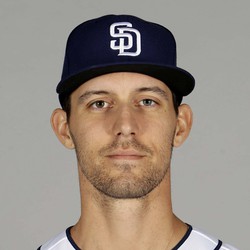 Christian Friedrich entered the game on Tuesday against the Nationals with one out in the ninth inning. He was able to collect the two outs to end the inning but was roughed up in the process. He allowed three runs over three hits and one walk.

Friedrich has struggled out of the bullpen like almost the entire Rockies bullpen has.Over 50 appearances on the season Friedrich is 0-3 with a 5.44 ERA. It has been a long season for the Rockies bullpen and they will just ride it out and hope it corrects itself eventually.

The Colorado Rockies went into extra innings against the Los Angeles Angels on Wednesday and needed to use a lot of bullpen arms. Christian Friedrich entered in the 10th inning and got the game into the 11th. Unfortunately in the 11th inning it did not go so well as he allowed two singles and an intentional walk before Albert Pujols ended the game with a sacrifice fly.

Friedrich has struggled out of the bullpen this season. He has been a guy that Rockies primarily use to give them a couple of innings when the starter gets knocked around and exits early. On the season he is sporting a 4.50 ERA in 16 innings. He has no fantasy value.