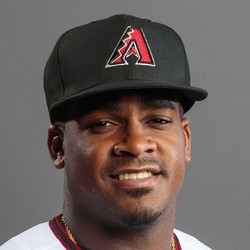 Leyba tested positive for Boldenone, a perfomancing enhancing substance, according to beat writer Nick Piecoro. Leyba is the Diamondbacks Number 30 prospect per MLB pipeline and appeared in 21 games at the major league level last season, producing a triple slash line of .280/.367/.440. His suspension will begin at the start of the regular season.

Jon Mathisen18 weeks ago
Who Should I Draft?
Do Not Sell
Are you looking to contact Customer Support about a subscription or account related question?
Yes
No, I'm a California resident looking for the California Consumer Privacy Act form