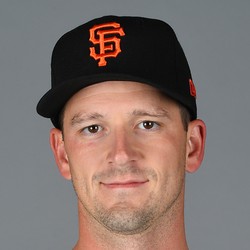 Phillies starter Drew Smyly allowed two earned runs on four hits and no walks while striking out 10 over 6 1/3 innings in a no-decision against the Nationals on Wednesday.

Smyly ended the year on a positive note but still has a 6.24 ERA to show for his efforts this season as he struggled with both the Rangers and the Phillies.

Smyly got into trouble immediately on Friday, allowing two earned runs in the first inning and another two in the second inning before exiting. He will take a 6.44 ERA into his final start of the season against the Nationals in Washington.

Phillies starter Drew Smyly allowed three earned runs on four hits and one walk while striking out six over four innings in a no-decision against the Braves on Thursday.

Smyly allowed two home runs and did not stick around long in this one, though the Phillies managed to score nine runs and cruise to a win. He'll take a 6.22 ERA into his next start against this same Braves squad in Atlanta.

Smyly still has an ERA above six and is hard to trust heading into the home stretch of the fantasy season, but he has now allowed just one earned run over his last 12 1/3 innings. He will take on the hot-hitting Braves at home in his next start.

Phillies pitcher Drew Smyly allowed one earned run on four hits and three walks while striking out eight over 5 1/3 innings in Monday's win over the Reds.

Smyly has struggled with the Phillies and had allowed at least four earned runs in four of his last five starts heading into Monday. He pitched well in a win over the Reds but will take a 6.66 ERA into his next start against the Mets in New York.