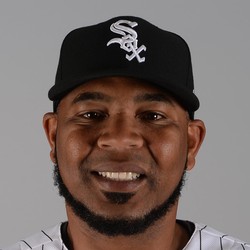 Edwin Encarnacion is dealing with a sore right hip but is expected to be fine by Opening day.

Encarnacion is dealing with a right sore hip, but is expected to hit on Friday. He is on track to play Opening Day. Encarnacion dealt with multiple injuries and appeared in only 109 games last season, his lowest total since 2010. The 37-year old slashed .244/.344/.531 with 34 homers, 86 RBI and 81 runs scored across 486 plate appearances in 2019. He is currently 13th out of all first baseman in the consensus rankings.

Chicago White Sox first baseman Edwin Encarnacion (back) is nearing a return to Cactus League action after missing the past few days with a back issue.

Encarnacion was scratched from the lineup on Thursday but he has been hitting off a tee in the meantime. The injury appears minor for the slugger, who is expected to help anchor the middle of the Chicago lineup this season.

Edwin Encarnacion was scratched from Thursday's lineup due to back stiffness.

The White Sox are likely just playing it safe with their 37-year-old designated hitter. There is no reason to drop "Edwig" down draft boards unless we hear this is a more serious issue. Encarnacion swatted 34 homers in just 109 games between the Mariners and Yankees last season.

Multiple outlets have reported that Edwin Encarnacion and the White Sox have agreed to a one-year, $12 million contract.

There is also a 2021 club option that is worth and additional $12 million. Encarnacion has been rumored to land in Chicago for a little bit now and the White Sox have officially acquired the power-hitting slugger. In 109 games last year between the Mariners and Yankees, Encarnacion hit .244 with 34 homers and an .875 OPS. He should slide right into the middle of Chicago's lineup.

Ben Nicholson-Smith of SportsNet reports the Blue Jays are considering Edwin Encarnacion and Justin Smoak for their first base opening.

Both players have obviously spent time in Toronto during their careers. Encarnacion is the more high-profile name here, however. The 36-year-old swatted 34 homers and posted an .875 OPS in 2019.