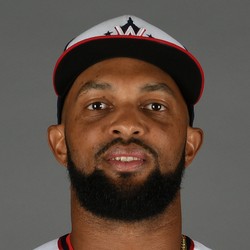 The deal includes a club option for 2016. Bonifacio will most likely fill the 2nd base slot, although he is capable of filling almost any role for the team. He hit for a line of .259/.305/.345 in 110 games last season and also added 26 stolen bases.

His fantasy value lies in stolen bases. He hit for average last season and would be of marginal value for standard leagues. His position eligibility is attractive for deeper leagues.

The White Sox have signed free-agent outfielder/infielder Emilio Bonifacio to a one-year contract with a club option for 2016. Bonifacio is a career .262 hitter and batted .259 with 24 RBIs and 47 runs scored over 110 games in 2014. He ranked 21st in the majors with 26 stolen bases last season.

Bonifacio is a utility player who is nothing more than average in most categories. He should be targeted very late in the draft as someone who can add steals and depth to your team. He started out well in fantasy last year and could have another hot streak this year. Overall, this signing has more of a baseball impact than a fantasy impact.