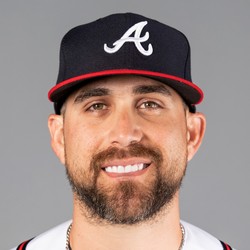 Ender Inciarte was placed on the 10-day injured list Saturday with a right hamstring strain according to the Braves Twitter page.

The injury sounds serious as reports have Inciarte not being back until September and possibly missing the rest of the season. Fantasy owners should keep an eye on updates and if this is the case they should be moving on from Inciarte as he will not be available during fantasy playoffs.

Ender Inciarte exited Friday's game in the second inning with what appears to be a right leg or ankle injury.

He got hurt rounding third base but gingerly limped home to score on Matt Joyce's two-run single. The outfielder slammed him helmet in anger and went directly down into Atlanta's clubhouse. Given a second chance in place of the injured Nick Markakis and Austn Riley, Inciarte was finally starting to play well after a poor start to 2019.

Braves outfielder Ender Inciarte went 2-for-3 with a walk, a three-run home run, and a stolen base in Sunday's win over the Marlins. The homer was his fifth of the season while the walk was his seventh.

Inciarte was injured and lost out on playing time earlier in the season, but he is now batting .286 in the second half while playing almost every day in the Atlanta outfield.

The Atlanta Braves were beaten 9-2 Thursday in Miami. Ender Inciarte walked twice on an 0-for-2 night. Inciarte and the Braves will look to rebound Friday night.

Inciarte is batting .229 since returning from a lumbar strain and currently has four home runs and 17 RBI. Ender may not be the best option for your outfield right now, but could become a valuable asset if he picks it up in this explosive Atlanta lineup.

Braves outfielder Ender Inciarte went 2-for-5 with a double, a stolen base, and a run scored in Wednesday's win over the Nationals. The steal was his sixth of the season.

Over his last five games, Inciarte has multiple hits in four contests while adding two home runs and two stolen bases. He is taking full advantage of the struggles of Austin Riley and the injury to Nick Markakis and has played himself back into an everyday role in Atlanta.