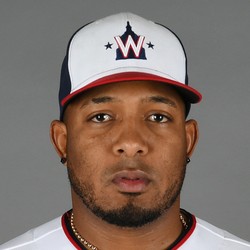 Fernando Abad has been traded to Boston pending the completion of a medical review, Jon Heyman of MLB Network reports. The Twins will receive pitcher Pat Light, the St. Paul Pioneer Press reports.

Abad will give the Red Sox some depth in the bullpen and a much needed left-handed setup pitcher. He will not get any save chances but could be a solid source of holds for any fantasy leagues that count that stat.

Kevin Jepsen was removed as the Twins' closer and Fernando Abad and Brandon Kintzler will split the duties for the time being. Kintzler got the save on Wednesday night, his first career save, and Abad has never saved a game either. Abad has a 0.87 ERA and 1.02 WHIP this season.

Abad has struck out 21 batters in 20 2/3 innings with a sub-1.00 ERA, so he is a decent pick up at a minimum. His upside is limited, though, as the Twins are not a very good team, he will split the duties with Kintzler, and should cede the roll to Glen Perkins when he returns. Perkins did have a setback in his injury, though, and Abad is worth a shot for both the Twins and fantasy teams in need of saves.

Fernando Abad tossed a scoreless inning during the A's 6-2 loss to the Yankees. He needed just nine pitches and struck out one batter.

Abad still has an ERA in the high 4's and is not a very consistent contributor to the bullpen. He does rack up the strikeouts, however, with 18 in 20 innings of work.

Fernando Abad came on in relief of Jesse Chavez in the eighth inning on Wednesday. He pitched one inning, gave up one run and struck out one batter.

Abad gave up a home run to Will Middlebrooks, but the game was already out of reach. The A's went on to win 16-2. Abad now has a 5.40 ERA and 11 strikeouts this year.

Fernando Abad threw a scoreless ninth inning on Monday against the Padres. He gave up one hit and struck out two.

Abad now has a 5.17 ERA and 10 strikeouts over 15.2 innings. He is not a recommended option in fantasy leagues.