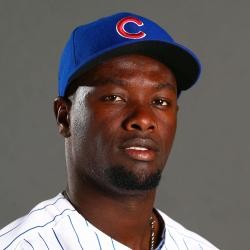 Gonzalez Germen was brought in to pitch the sixth inning after starter Kyle Hendricks had run his pitch count too high. Germen proceeded to allow four hits, two walks, and four earned runs before finishing off the inning. If it is any consolation, Germen was able to strikeout two batters.

Germen had looked nothing but solid in his first two appearances (a total of three innings), infact he did not give up a single run and struck out five batters. Despite this recent hiccup, Germen will still be relied on heavily for middle relief due to injuries to Neil Ramirez, Justin Grimm, and Brian Schlitter's recent demotion to Iowa.