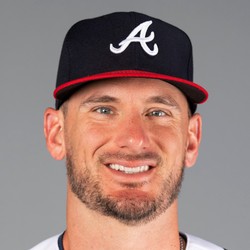 Grant Dayton is on track to rejoin the Dodgers' bullpen this weekend. He's been sidelined with a neck injury since the end of June.

It's been a tough season overall for Dayton despite his decent ratios (3.63 ERA, 1.12 WHIP). He entered the season as a fantasy-relevant non-closer, but his rough start caused his ownership to plummet. It's probably best to see what role he fills upon return and how he looks, but he could be an option for those in need in holds leagues.

Grant Dayton is slated to rejoin the Dodgers' bullpen Friday. He'll make rehab appearances, and if all goes well he'll be back with the team after his minimum stint on the DL.

Dayton is more valuable to the Dodgers than most fantasy owners, though he does carry value in holds leagues, and he certainly won't hurt your ratios. He's shown that so far, as he hadn't allowed a run and carried a 0.79 WHIP through the first 6 1/3 innings of the season.