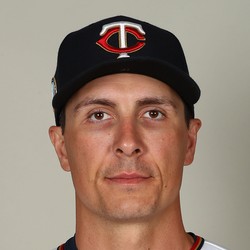 Minnesota Twins right-hander Homer Bailey allowed just one run over three innings in a 3-3 tie with the Orioles on Thursday.

Bailey struck out two in the contest. He is having a solid spring, posting a 1.80 ERA. The veteran will be on the streaming radar in fantasy leagues to open the season.

Matthew Terelle18 weeks ago
Homer Bailey signs with the Twins

Homer Bailey signed a one-year contract with the Twins on Tuesday.

Homer Bailey (13-9) allowed three runs and zero walks on eight hits while striking out three through five innings in Tuesday's 3-2 loss to the Angels. He was charged with his ninth loss of the season.

Bailey blanked the Angels through the first four innings, but got tagged for three earned in the fifth, which was enough to saddle him with the loss. Since imploding on August 7th against the Cubs, Bailey has now reached the five-inning threshold without giving up more than three runs in eight straight starts. He owns a 4.57 ERA, 1.32 WHIP and 149:53 K:BB over 163 1/3 innings this season. Bailey is tentatively scheduled to start Sunday, away against the Mariners.

Homer Bailey allowed three hits and a walk while striking out 11 through seven scoreless innings in Wednesday's 1-0 win over the Royals. He did not factor into the decision.

Bailey recorded a season-high 11 strikeouts, holding the Royals hitless until Alex Gordon singled in the fifth. The no-decision ended a four-game winning streak for Bailey. He owns a 4.55 ERA, 1.31 WHIP and 146:53 K:BB across 158 1/3 innings this season. His next scheduled start is Tuesday, away against the Angels.

Homer Bailey (13-5) allowed one run on three hits and three walks while striking out four through five 1/3 innings in Thursday’s 3-2 win over the Astros. He earned his 13th win of the season.

Since being acquired by the Athletics in mid-July, Bailey is 6-2 with a 4.70 ERA, 1.24 WHIP, and 54:14 K:BB in 11 starts with the Athletics. His next scheduled start is Wednesday, home against the Royals.

Brad Camara43 weeks ago
Who Should I Draft?
Do Not Sell
Are you looking to contact Customer Support about a subscription or account related question?
Yes
No, I'm a California resident looking for the California Consumer Privacy Act form