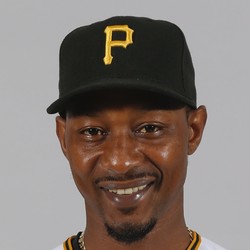 Jarrod Dyson agreed to a one-year deal with the Pirates on Wednesday, pending a physical.

Jarrod Dyson went 0-for-5 with a walk and a run scored in Arizona's 14-7 win over the Padres on Monday.

Unfortunately Dyson wasn't able to contribute much to Arizona's offensive explosion. However, he is really only useful for fantasy when it comes to stolen bases. Dyson has 28 of those here in early-September.

Jarrod Dyson swiped his 25th base of 2019 in Friday's win over the Dodgers.

Dyson finished the game 2-for-5 with a walk. His 25 steals rank fourth in the majors, trailing only Aldaberto Mondesi, Mallex Smith, and Ronald Acuna.

Jarrod Dyson went 1-for-3 with a walk and a stolen base in the D'Backs' 7-2 loss to the Orioles on Tuesday night.

Dyson's steal was his 22nd of the year, which ranks second in the National League and fourth in all of baseball. The speedy outfielder is hitting just .250 with a .693 OPS but continues to lead off for Arizona.

Diamondbacks Jarrod Dyson was removed from Wednesday night's game with a right hamstring cramp, the team announced on Twitter.

Wednesday's game was a blowout at the time of Dyson's departure, so it's possible that his exit was precautionary. He did, however, limp off the field with a trainer after sliding into second base. Look for an update on his status on Thursday.