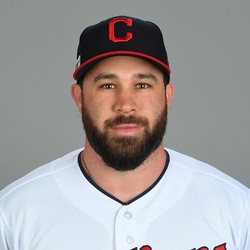 Yahoo 2B
ESPN 2B
CBS 2B
Jason Kipnis Season Preview

Jason Kipnis was brought in to compete for the starting second base job. He is a former All-Star who has struggled recently but could gain the starting job to begin the season. The Cubs have been reported as hoping Nico Hoerner can go to the minors to continue to develop the skills to realize their hopes that he becomes the answer in the leadoff spot.

Kipnis possibly needs to recapture his old level of production circa 2016 to hold down the job the whole season which makes him a risk. If he produces like the last two seasons, then he will offer some power for the position but hurt your team batting average while not drawing many walks. Avoid him outside of deep leagues.

Jason Kipnis went 2-for-3 versus the Royals Wednesday. He also drove in a run, his second of the preseason.

Kipnis signed a minor league contract but looks to have a legitimate chance to win the second base job going into the season. He is a low-end bench option in standard leagues and has little appeal in longer-term leagues.

Free agent second baseman Jason Kipnis is expected to sign a Minor League agreement with an invitation to camp pending a physical with the Chicago Cubs.

Kipnis, a graduate of Glenbrook North High School just outside of Chicago, will be returning home to play for the team he rooted for as a kid. No longer the All-Star he used to be, Kipnis can bring a big lefty bat to the Cubs rotation and contribute as a solid defender at second base if he is called up. The last three seasons for Kipnis have compiled for three of his four worst batting averages over his nine-year career so it's assumed the he, David Bote, and Nico Hoerner will split duties at second base for the Cubs, with the possibility that Hoerner moves to AAA to help further his development. Kipnis has a decent shot at winning the starting spot but he'll have to prove himself in camp. Last year Kipnis posted a .245 AVG, .715 OPS, 17 HR, 65 RBI, 52 R, and 88 SO over 121 games.

Jason Kipnis' club option for 2020 was declined by Cleveland on Thursday.

Kipnis hit .245/.304/.410 with 17 home runs in 2019, but was forced to miss the final week of the season after having surgery on his right hand. The veteran second baseman will look to latch onto another team this off-season.

Cleveland Indians second baseman Jason Kipnis went 2-for-4 with a homer and two RBI in a 6-2 win over the Angels on Monday.

Kipnis launched a two-run shot in the second inning to give the Tribe a three-run lead. The veteran infielder is hitting .249 with 17 homers, 50 runs, 65 RBI, and seven steals.