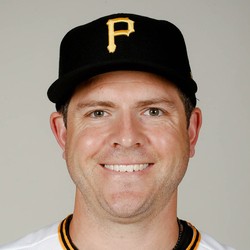 J.B. Shuck went 4-for-4 with two runs scored in a 7-2 win for the Miami Marlins over the Pittsburgh Pirates on Friday.

This is Shuck's first appearance in the major leagues since 2006 so there isn't much there for fantasy owners.

Brian Elsner2 years ago
J.B. Shuck has a decent day at the plate on Tuesday

J.B. Shuck finished 2-for-4 with no counting stats to go along with his efforts. Shuck hit ninth in the lineup.

Shuck is not worth owning in any formats. He's hitting .219 on the year and the White Sox are only playing him because they have no other option.

The White Sox won the final game of the series 6-1 and took three out of four games from the Athletics. J.B. Shuck saw his first start of the year on Thursday. He played LF and hit sixth in the lineup. Unfortunately, he had a rough outing. Shuck went 0-for-4 with two strikeouts.

Although the White Sox won, Shuck would like the chance to redo his plate appearances. Regardless of the outcome, Shuck is not fantasy relevant. He can be a punt option in DFS, but he is never someone worth targeting at this point. When you see J.B. Shuck on the available player list, just scroll back up to the more relevant players.

Rob Schwarz, Jr. - IDP Guys4 years ago
J.B. Shuck goes 1-for-4 with a run scored in loss on Wednesday

The White Sox did not use many regular-day starters on Thursday. They were doubled up by the Reds and lost 6-3. J.B. Shuck hit leadoff and went 1-for-4 with a run scored.

Shuck is hitting .300 in spring training, but he will not see much fantasy value this year unless someone goes down with a major injury. He is projected to see less than 200 at-bats and should not be targeted in your fantasy draft.

The White Sox put together nine runs on Monday. J.B. Shuck did not contribute to any of those runs, but he did go 1-for-3 with a single. The White Sox had 15 hits on the day and beat the Angels 9-4.

Shuck does not have much fantasy value. He will struggle to see consistent at-bats this season. He is hitting .300 in spring training, but do not expect that to carry over into the season. He has a career .265 batting average. Shuck will also find himself on the bubble to make the team now that the White Sox signed Austin Jackson to a one-year deal.