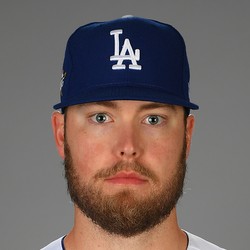 Jorge Castillo of the L.A. Times reports the Dodgers have come to terms with right-hander Jimmy Nelson.

The contract guarantees about $1 million but can max out at around $13 million over two years. Nelson didn't pitch at all in 2018 and appeared in just 10 games last season. The Dodgers will reportedly give him a chance to win a rotation spot in spring training. If that doesn't work out he could also have a spot in the bullpen.

The Brewers placed Jimmy Nelson on the 10-day injured list with a right elbow effusion.

Nelson, who was recently moved to Milwaukee's bullpen, is basically dealing with fluid in his elbow. It's unclear how long he might be out for. Nelson has an 8.36 ERA in 14 major league innings this season.

Nelson was a popular name to monitor throughout his rehab but still has some things to work on. The right-hander has allowed 13 earned runs in 12 innings since coming back to the majors. With the Brewers in contention they don't have time for Nelson to figure things out in the rotation. He can be dropped in most all leagues.

Jimmy Nelson allowed five runs on seven hits over five innings in the Brewers' 7-1 loss to the Reds on Thursday. He walked four and struck out five while falling to 0-2.

Nelson continues to get hammered, and now has a 9.75 ERA on the year. He is unusable in fantasy right now. His next start comes Wednesday vs. Seattle.

Jimmy Nelson allowed four runs on five hits over four innings in the Brewers' 8-7 loss to the Giants on Saturday. He walked three and struck out six in the no-decision.

This start was a little better than his first outing, but it's clear that Nelson has a lot of kinks to work out before he's ready to be a stable producer. Owners in deep leagues could keep Nelson on their bench as a stash, but no one should be starting him right now. His next outing comes Thursday vs. Cincinnati.