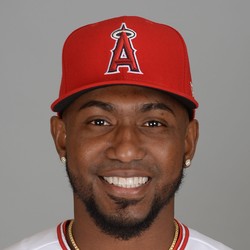 Jeff Passan of ESPN reports the Angels have signed Julio Teheran to a one-year, $9 million contract.

Atlanta declined their 2020 option on Teheran earlier this winter, making him a free agent. The 28-year-old posted a 3.81 ERA last year and should slide right into the Angels' rotation next season.

Teheran will instead receive a $1 million buyout. The 28-year-old has made at least 30 starts in every season since 2013 but just hasn't showed enough upside in recent years to warrant picking up his option. In 2019 Teheran posted a 3.81 ERA with 162 strikeouts in 174 2/3 innings pitched. He also had a 1.32 WHIP.

Braves starter Julio Teheran allowed six earned runs on six hits and one walk while striking out six over just 2 1/3 innings in Tuesday's loss to the Royals. The loss drops him to 10-11 on the season.

Teheran has now allowed 14 earned runs over his last 11 1/3 innings over his last three starts, all losses. His ERA has jumped from 3.31 to 3.81 over that span, and he may have cost himself a spot in Atlanta's postseason rotation.

Teheran has now lost two straight starts, allowing eight earned runs over his last nine innings. He has been outperforming his underlying metrics for most of the year, but full-blown regression never arrived for the right-hander. Now, though, he seems to be struggling to finish the season strong. He will look to turn things around when he takes on the Royals in Kansas City in his next start.

Braves starter Julio Teheran allowed five runs on five hits and three walks while striking out one over four innings in Thursday's loss to the Phillies.

Teheran snapped a streak of four straight quality starts, and he allowed three home runs on the night. He will now take a 3.50 ERA into his next start which will come against this same Phillies team at home.