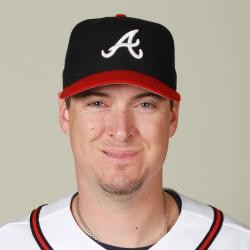 Johnson got the start in the final game of the season. He went 2-for-3 with a double and a run scored.

The super utility man is expected to make the playoff roster. For the season, he has a .247 average with ten homeruns, 34 RBI, and 25 runs scored.

After delivering a key homerun on Saturday, Kelly Johnson got the start for the New York Mets. He batted leadoff, and finished 1-for-4. However, he also struck out three times.

Johnson will likely see time in various positions in both the outfield and the infield. He's not worth considering in season long lineups, but he could be worth a flier in platoon situations in daily fantasy. For the year, he has a .234 average with three homeruns and 13 RBIs.

Johnson went 0-for-3 with a walk in his first game against the Braves since the trade. Johnson continues to get consistent playing time for the Mets.

Johnson went 0-for-4 in the Braves' 3-0 loss to the Nationals on Wednesday night.

Johnson was inserted in the starting lineup following Hector Olivera's arrest earlier today. Johnson should see more playing time as a left-handed bat but owners shouldn't rush to the waiver wire to pickup this aging veteran.

Johnson will be starting in LF and batting fifth Wednesday night against the RHP Tanner Roark and the Nationals.

Johnson gets the start as the veteran lefty provided the only Braves offense on Tuesday with a pinch-hit ninth inning double. He could continue to get further looks as his versatility (1B/2B/3B/OF) gives manager Fredi Gonzalez lots of options. He is a dart throw of a DFS play at best.