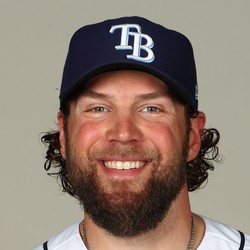 Kevan Smith went 3-for-4 with a solo home run and two RBI in Friday's 6-4 loss to the Astros.

Kevan Smith went 2-for-2 with a solo home run, two walks and a stolen base in Saturday's 8-7 win over the White Sox.

Smith suffered through a miserable August in which he batted .037 (1-for-27) but has gotten off to a better start in September, going 3-for-7 with a pair of long balls in five games. Smith is worth a roster spot in two-catcher and AL only formats.

Kevan Smith went 1-for-4 with a solo home run in Thursday's 10-6 loss to the Athletics.

Smith's home run in the seventh off A.J. Puk has been his only hit in his last 19 at-bats. He is slashing .218/.300/.345 with three home runs, 13 RBI and 19 runs scored in 160 plate appearances this season. Smith is only worth a roster spot in AL-only and deeper mixed leagues.

Kevan Smith connected for his second home run of the season in a big win over the Cubs.

He's hitting .400 in the month of September, but Smith isn't a fantasy option. He's getting inconsistent playing time and won't offer much. Leave him on the waiver wire.

Kevan Smith displayed patience on Sunday with three walks in the win over Boston.

He also singled and drove in a run. Smith continues to be a solid backup option behind the plate. He doesn't hold much value in fantasy leagues, though.