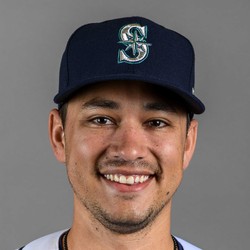 Gonzalez has a 7.71 Cactus League ERA and all signs point to a regression from last years win total, ERA, and WHIP. Gonzalez does not miss many bats either, there are plenty of other late round starting pitchers to take a flyer on.

Aaron Hudson4 weeks ago
Marco Gonzales with a solid outing

Marco Gonzales came out for his second start of the spring. He tossed three scoreless innings with no walks and two strikeouts while also allowing just one hit.

Gonzales is set to be Seattle’s ace for the year and his first outing did not go swimmingly as he failed to get out of the first inning. This is more like the Gonzales we are hoping to see this season.

Marco Gonzales surrendered five runs on three hits and two walks while striking out one in his Cactus League debut on Monday.

Gonzales was unable to get out of the first inning in his first action of the spring on Monday as he struggled to get his timing and command in order. Despite his struggles, Gonzales is expected to be the Opening Day starter for the Mariners and figures to be a value workhorse in fantasy.

Marco Gonzales (16-13) allowed one run on five hits and three walks while striking out four over seven innings in Saturday's 1-0 loss to the Athletics. He was charged with his 13th loss of the season.

Marco Gonzales (16-12) allowed two runs on three hits and two walks while striking out four through seven innings in Sunday's 2-1 loss to the Orioles. He was charged with his 12th loss of the season.

Gonzales allowed a run to score in the first inning off of an RBI double by Renato Nunez, but shut the Orioles down until giving up a solo homer to Chris Davis in the seventh. He owns a 4.09 ERA and a 143:53 K:BB ratio through 196 innings. His next scheduled start is Saturday, home against the Athletics.