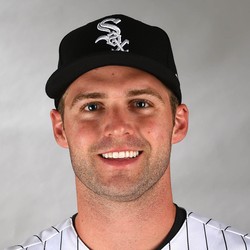 Jeff Passan of ESPN reports the Rangers are signing Matt Davidson to a minor league contract.

The deal includes an invitation to spring training. Davidson is known to be interested in both hitting and pitching (out of the bullpen). It’ll be interesting to see if Texas uses him as a two-way player this year.

Matt Davidson went 0-for-4 as the Cubs took the three-game set from the White Sox on Sunday.

Davidson's six-game hitting streak was halted as he couldn't muster a hit from the cleanup spot. Even though he's been getting on base more often, he's not doing much else to help fantasy owners. He has one home run and seven RBI this month, but has struck out at least once in six straight games.

Matt Davidson delivered an RBI single in the top of the 11th inning on Thursday against the Indians.

Davidson went 2-for-6 on the night with two strikeouts and four runners left on base. The base knock in extras was encouraging, though. He's been having a tough time at the plate recently, but maybe this can help get him going for the rest of the season.

Matt Davidson had just one hit over the three-game series against Baltimore.

Batting just .130 over his last seven games, Davidson isn't worth starting at the moment. While he can be a threat to go deep, it's not worth it right now. He's having a brutal time at the plate and should be benched in fantasy leagues.

Matt Davidson went 0-for-3 with two strikeouts from the cleanup spot on Sunday.

He finished the weekend series against the Angels 1-for-10 with five strikeouts. He really should only be started if owners are desperate for power, but he hasn't been hitting homers much, either.