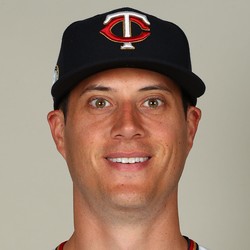 The Atlanta Braves trounced the Mets 12-4, thanks in part to Wisler who went seven strong innings, striking out 8 hitters and allowing just 2 hits and a lone run.

Wisler hasn't show us much to begin his career, but he was a prospect worth keeping an eye on. Sometimes pitchers develop later than others so don't discount this as a fluke quite yet.

Wisler may not have gotten the W but was happy the team rallied and won their seventh straight game in Miami tonight, 3-2. Wisler allowed two hits and two runs (both earned) while walking three and striking out five. With the win, the Braves are now 63-91 on the year while Wisler stands at 7-12. He will face the Phillies next, Thursday in Atlanta.

Wisler continues to struggle with command but is set and primed for a successful 2017 if he can learn to be more consistent. At times, he flashes excellent upside but can be maddeningly inconsistent. He is someone to keep an eye on next Spring.

Play was called with seven innings played as the rain proved relentless and forced an early end to the contest today. Over 5 2/3 innings, Wisler allowed five hits and two runs while walking none and striking out two. The win improved his record to 7-12 on the year while the Braves are 58-91. Wisler will face Andrew Cashner and the Marlins next, Friday in Miami.

Wisler has struggled with consistency this year but can be penciled into the Braves starting rotation for 2017. He has the talent to be a #2 or #3 starter if he can work on said consistency with his in-zone location issues.

Matt Wisler has been here before when in-zone location issues led to being sent down to Triple-A so that he could work on this and other issues. He lasted 4 1/3 innings tonight, allowing 10 hits and six runs (all earned) while walking two and recording no strikeouts. With the loss, his record falls to 6-12 while the Braves are now 56-89.

Wisler had been doing better since being recalled and this points to a major concern about him, his troubling lack of consistency. He has the talent to be a #2 or #3 starter and while he has flashed those bonafide's his lack of focus is troubling. Nonetheless, he has likely earned a spot in the rotation for the 2017 campaign.

Wisler has been spectacular in his last two starts after being recalled from Triple-A Gwinnett. Wednesday night, over six innings, he allowed four hits and one run (earned) while walking three and striking out 10. With the 8-1 victory, Wisler's record improved to 6-11 on the season. Next up are the Nationals and Gio Gonzalez, Monday in Washington.

These last two starts prove that Wisler can be a strong #2-3 in the Braves rotation moving forward. If Wisler has a solid finish to the season he will likely be penciled into the rotation for 2017 along with Julio Teheran and Mike Foltynewicz, unless he implodes. I have no problems using Wisler in spot starts going forward.