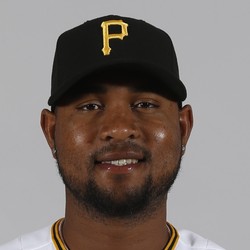 Michael Feliz pitched a perfect eighth inning, striking out the side to earn his eight victory on the season.

Feliz has had an impressive rookie season, logging 84 strikeouts in 56 2/3 IP to go along with an 8-1 record. Despite his lack of save opportunities, he still offers value in reliever heavy leagues due to his high volume of strikeouts.

Michael Feliz pitched a perfect ninth inning, striking out every batter he faced. The Astros fell to the Yankees 6-3.

The 23-year-old pitcher owns a 6-1 record with a 3.95 ERA, but more impressively has 64 strikeouts in 43 1/3 IP. His stuff is electric and if he had more of a role with the Astros this season he could be a solid fantasy contributor. But that will have to wait at least one more season, as Feliz is used sparingly within the Astros bullpen.

Michael Feliz posted two innings of no-hit ball as the Astros beat the Diamondbacks in extra innings 5-4. He struck out four batters without allowing a base-runner.

Feliz has been dominant over the past month after a rough start. He only allowed one run in the month of May in 16 2/3 innings pitched, striking out a whopping 26 batters. In reliever-heavy leagues Feliz is becoming a name worth adding, but he does not get many holds or saves chances.

Michael Feliz pitched three innings of relief in a 16-inning game as the Astros beat the Indians 5-3. Feliz earned his first career major league win striking out five batters while only allowing one hit.

Feliz who has dealt with being optioned to the minors on three separate occasions this year has been great for the Astros as of late, not allowing a run and only one hit in his last eight innings of work. He has also struck out 13 batters during that stretch. It is only a matter of time before Feliz receives more opportunities out of the Astros bullpen, and those in reliever-heavy leagues should keep an eye on this fireball pitcher.

Michael Feliz pitched a perfect ninth inning, striking out each batter he faced. The Astros fell to the Indians 4-0.

Feliz has been a traveling man this season, being optioned to the minors and called up to the big leagues three times. His latest outing was easily his best and through five games he owns a 7.84 ERA in 10 1/3 inning pitched while striking out 15 batters. Until his role becomes solidified within the Astros organization, he should not be owned in any formats.