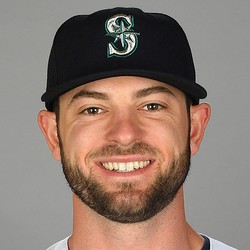 Yahoo CF,RF
ESPN CF,RF
CBS CF,RF
Mitch Haniger (back) shut down for at least another month

Mitch Haniger (back) won't be able to do any lifting or activity for at least a month following surgery.

Haniger underwent an operation to remove an intervertebral disc from his back on February 13th. It'll be a while before we see him resume baseball activities. The 29-year-old has no timetable for a return but does expect to play this season.

Haniger has now had surgery twice in the past three weeks. His timetable to return in 2020 remains unclear. Haniger’s 2020 season will be delayed and an update should be provided once the 29-year old resumes baseball activities. Jake Fraley and Braden Bishop would see extra at-bats if Haniger is sidelined an extended amount of games.

Mitch Haniger is set to undergo core surgery after suffering a setback in his rehab.

The surgery will require 6-8 weeks of rest and rehab, which means Haniger is doubtful to be ready for Opening Day. The 29-year-old appeared in just 63 games last season due to a ruptured testicle and back problems. In 2018 he posted an .859 OPS with 26 homers so there is upside here if he can stay healthy this season.

Mitch Haniger (back) has still not been officially ruled out for the season, but his back hasn't shown any improvement."He still has a few issues going on," manager Scott Servais said. "Obviously we're at the point in the season where it doesn't look great for him getting back on the field. I don't rule out anything, but it would be very difficult."

Mitch Haniger (back) hasn't been ruled out for the rest of the regular season yet.

Haniger hasn't been cleared to resume baseball activities after being shut down from his rehab assignment, though the Mariners still believe he has a chance to return. Manager Scott Servais did admit that "the clock is ticking," so Haniger will need to recover quickly if he has any shot of playing in 2019. Haniger can safely be dropped in redraft leagues.