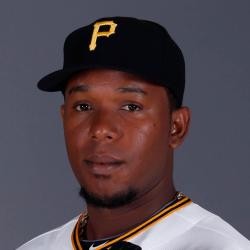 Neftali Feliz was released by the Royals on September 1.

Feliz never got it going with the Royals, posting a 4.74 ERA in his time there, and a 5.48 ERA over the course of the season. He may get picked up in a non-setup role, making him worth next to nothing in fantasy leagues.

Neftali Feliz, since being acquired by the Royals, has been a set-up man to Kelvin Herrera. He has been pitching fairly well, but gave up a double to Chase Utley on Friday, which drove in a run.

Feliz has the ability to throw hard, and the move out of Milwaukee benefits him. He will likely not be taking over the closer's role anytime soon, but it is worth monitoring if Kelvin Herrera gets dealt to another contender to see which role Feliz will be filling. For the year, Feliz has a 5.29 ERA and 1.32 WHIP to go along with 27 Ks over 34 innings pitched.

Feliz has a 6.00 ERA in 27 innings, so Kelvin Herrera owners should not be worried. Hopefully, Feliz can get back on track and be a force in leagues that count holds.

Neftali Feliz allowed a hit and an unearned run to score in a relief appearance against the Cubs on Sunday afternoon. He struck out two batters, and lowered his season ERA to 6.00.

Feliz turned in a quality appearance after taking a week long break from the bullpen. With Corey Knebel pitching well and securing saves in his new role as the Brewers' closer, who knows if Feliz will return to the role anytime soon. He's worth a spot on a watch list in case Knebel goes down, but even then there may be another pitcher in line for saves if Feliz can't lock down some clean appearances moving forward.

Brewers manager Craig Counsell said on MLB Network Radio that he is going to give Neftali Feliz a "break" from closing for a bit. Counsell also suggested the Corey Knebel would take over the closer's role for the time being.

Knebel has been outstanding this season, with just a 1.00 ERA and 1.00 WHIP, and 29 strikeouts in just 18 innings. Knebel has the stuff to run with the job, so he should be a top waiver wire addition.