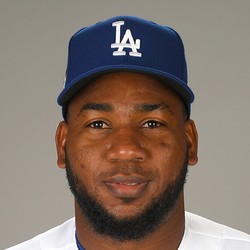 Pedro Baez picked up his fourth win of the season against the Giants on Wednesday in extra innings. Baez pitched two perfect innings and notched two strikeouts in the outing.

Baez has an ERA of 3.89 and 1.45 WHIP on the season. Baez is worth a roster spot in fantasy currently.

Pedro Baez was asked to protect a 2-1 lead against the Giants Thursday. He allowed one earned run on two hits while striking out one. 8 of 14 pitches were strikes.

It looked like Joel Peralta was going for the four out save, but he wasn't sharp so Baez was brought in for the ninth. Mattingly is going to play the matchups and utilize a closer-by-committee until Kenley Jansen is ready to assume the closer role next month.