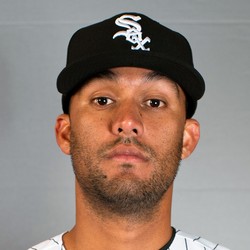 Randell Delgado received a cortisone shot in his shoulder Wednesday.

It seems Delgado is over the oblique injury that landed him on the DL to start the season, but he's now dealing with shoulder soreness. He was close to doing some mound work but because of this setback he'll probably be shutdown for the time being.

Delgado's velocity has been down in most of his rehab appearances, so the team wanted to make sure there isn't a bigger issue going on. Delgado says he feels good and he was able to stretch out to two innings in his last rehab outing.

Randall Delgado blanked the Phillies over five innings allowing four hits and one walk, while striking out four batters. Delgado threw 75 pitches in this one and only went five innings in what ended up being an extra innings affair, leaving him without a decision.

This outing lowered Delgado's ERA to 3.18 on the season. He's bounced back and forth between starting and relieving and has faired pretty well regardless of the role. It seems he'll shift back to a bullpen role to finish the first half.

Randall Delgado allowed just one run on five hits over 5 2/3 innings while striking out eight. The Diamondbacks' bullpen gave up three runs preventing Delgado from factoring in the decision.

Delgado has allowed just one run in each of his starts this year, and he should be in line for another this weekend. He'll look to go deeper into the game as he gets stretched out more and more.

Randall Delgado was one out away from a scoreless two innings pitched but a Justin Upton homer gave San Diego the lead and the eventual victory.

Delgado entered the game in a tie game after Chase Andersonâ€™s solid outing, but his costly mistake to former Dback Justin Upton was the difference for the game and the three-game series. Delgadoâ€™s role in the bullpen is up in the air as he isnâ€™t exactly a long reliever or an eighth inning option.