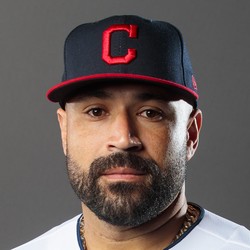 Sandy Leon has been activated from the paternity list and will start at catcher Monday afternoon for the Red Sox in Toronto.

Leon will catch David Price, who was activated from the injured list for the game. Leon has little-to-no fantasy value, although he's prone to hot-streaks which can help for a day or two or in spot DFS starts at a shallow catcher position. He's batting .200 with 1 HR and 5 RBI in 30-at-bats this season.

Sandy Leon went 1-for-3 at the plate with a walk and a three-run homer in a win over Seattle on Saturday.

Leon is on the team for his defense and not his bat. The veteran catcher is hitting just .222 in a reserve role and is not worth owning in fantasy.

John Aubin39 weeks ago
Sandy Leon gets placed on waivers

Leon was the odd man out as the Red Sox had three catchers and only two spots open going into the season. The veteran catcher will either get traded or claimed by another team. And no matter where he ends up, Leon hit just .177 last year and is not worth owning in fantasy.

Buster Olney and Marly Rivera of ESPN report that the Red Sox are actively discussing possible trades of Sandy Leon.

Leon has been competing with Christian Vazquez and Blake Swihart for the two catcher positions on the roster going into the season. It looks like Leon may be the odd guy out. If he does get traded he may find himself in a starting role which would boost his fantasy value but after hitting .177 last season, Leon would only be worth owning in the deepest of leagues.

Sandy Leon hit a two-run homer and walked Friday against the Twins in Grapefruit League action.

Leon had a horrible offensive campaign in 2018 with a .177 batting average with five home runs and 22 RBI. The veteran catcher is in a three-way competition at catcher for the Red Sox with Blake Swihart and Christian Vasquez. If Leon can manage to win the starting job he will not hit enough to be worth owning in most fantasy leagues.