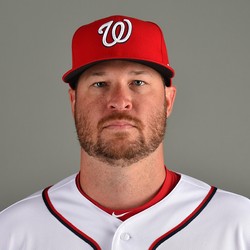 Scott Copeland makes his first major league start going seven innings allowing one run. He only allowed six base runners (all hits) while striking out four. After the game, he was sent back down to Buffalo.

Very nice performance. At this point, he should not be owned in any redraft leagues but it was a nice sign for the future if he eventually earns a way onto the club.