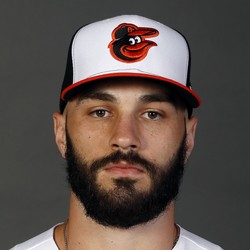 Tanner Scott pitched a perfect inning against the Mariners on Wednesday. Scott allowed no hits or walks and struckout two.

Tanner Scott held the Blue Jays scoreless over 1 2/3 innings on Tuesday. Scott did not allow a hit, walked one and struckout one.

Despite a nice outing on Tuesday, Scott's season ERA is 6.13 and his WHIP is 1.56. He is not relevant in fantasy currently.

Tanner Scott lasted just 1/3 innings on Wednesday against the Mets. Scott allowed one hit, walked two, and had zero strikeouts.