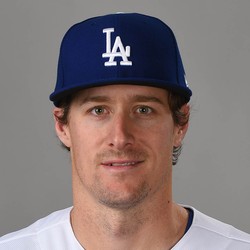 The deal includes a club option for 2020 but no invite to big league camp. Koehler will be rehabbing from shoulder surgery throughout the first half. There's no guarantee he makes an impact with Pittsburgh this year.

Miami Marlins starting pitcher Tom Koehler was sent back down to Triple-A New Orleans on Monday. Koehler has already spent some time in the minors this year trying to "figure things out" and now he'll have another chance to do so.

Koehler's ERA is a disastrous 7.92 and he's struggled almost every second he's spent on a major league mound this season. Formerly a solid middle-rotation option, Koehler has been useless in 2017.

Miami Marlins starting pitcher Tom Koehler struggled again on Sunday, allowing six runs on nine hits and two walks in 5 2/3 innings. His record dropped to 1-5 and his ERA sits at 7.92.

Koehler was--stop me if you've heard this one before--bad. He gave up three home runs and simply does not look like the guy that has worn a Tom Koehler jersey for the Marlins over the past few seasons. A guy that used to be a solid, mid-rotation innings eater with some upside has become a complete liability and almost an automatic loss every time he toes the rubber. His major league career is hanging on by a string.

Koehler was bad, again, but was given time by manager Don Mattingly to settle into a mini-groove and make things decent. He threw only 89 pitches before being removed before the sixth inning started. Koehler was a decent innings eater in the past, but he has no business on any fantasy team until he can go back to his previous form.

Miami Marlins starting pitcher Tom Koehler embarrassed himself on Saturday, returning to the rotation only to allow seven runs in just 1 2/3 innings.

Koehler's final line showed 1 2/3 innings, seven runs (three earned) on six hits and two walks. Koehler has always been a decent innings-eater type of starter, but he hasn't been able to do anything right this season. His ERA sits at 7.43 and he may be pitching for his roster spot over his next start or two.

David A Marcillo3 years ago