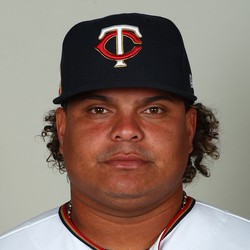 Astudillo is asymptomatic and is now in quarantine. He'll have to return two negative tests before he can resume workouts with the team. The 28-year-old is expected to once again be a utility man for Minnesota this season.

Minnesota Twins third baseman Willians Astudillo went 4-for-5 with a homer, four runs, and two RBI in a 10-4 win over the Tigers on Thursday.

Matthew Terelle41 weeks ago
Willians Astudillo likely out until September

Willians Astudillo, placed on the injured list in late June, will remain out until September, per MLBTradeRumors.

The news is not what Minnesota Twins fans want to hear, but likely means far less to those rostering Astudillo in fantasy. Despite putting up decent numbers prior to being placed on the IL, and providing fantasy owners with a little flexibility with both C and 3B status, Astudillo really was just a utility player with little-to-no expectations. He should only be rostered in deep leagues with multiple IL spots.

The Twins placed Willians Astudillo on the 10-day injured list on Thursday with a left oblique strain. The team called up LaMonte Wade from Triple-A.

Astudillo has reportedly been feeling some pain in his left side since crashing into the wall the other day and felt it worse after a swing on Wednesday. Because he is more of a super-utility player at this point, his absence will have a negligible effect on the Twins' lineup.

Minnesota Twins catcher Willians Astudillo went 2-for-4 with a solo homer in a 9-4 loss to the Red Sox on Wednesday.

Astudillo was recalled from Triple-A earlier in the day after the Twins placed Marwin Gonzalez on the 10-day injured list. Astudillo is now hitting .267 with three homers in 116 at-bats. He should get semi-regular playing time with Gonzalez on the shelf.

Matthew Terelle1 year ago
Who Should I Draft?
Do Not Sell
Are you looking to contact Customer Support about a subscription or account related question?
Yes
No, I'm a California resident looking for the California Consumer Privacy Act form