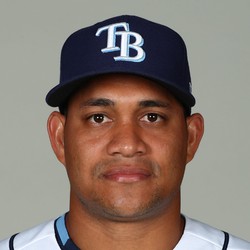 Prior to the delayed start to the season, Yonny Chirinos was expected to enter the new year as a traditional starting pitcher for the Rays.

Chirinos was fantasy relevant in 2019, but he did struggle with consistency. He should find value in deeper leagues at least as a streamer in 2020, and he has the added flexibility as a traditional starting pitcher that you can play in your RP slot in most leagues. He's currently the SP72 in our expert consensus rankings.

Chirinos allowed two hits and struck out two as the Rays fell 5-3. The 26-year-old has a career 3.71 ERA and isn't a bad depth option while building your rotation in fantasy leagues.

Yonny Chirinos' (finger) next outing may be with the big-league team, but it's unclear if he will work as a starter or reliever, Juan Toribio of MLB.com reports.

Chirinos has been on the injured list since August 5 with inflammation in the middle finger on his right hand. Chirinos probably isn't built up enough to start and go five-plus innings, so he would have a better shot at qualifying for a win if he comes in as a multi-inning reliever.

Yonny Chirinos was removed from Sunday's game against the Marlins with right middle finger inflammation.

Chirinos had tossed five innings of one-run ball before being removed. He'll likely undergo further testing after the game, so keep an eye out for more details.