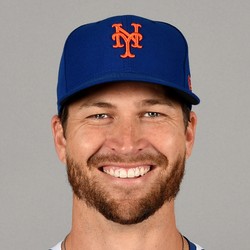 After winning his second consecutive Cy Young Award, deGrom has an obvious case to be the top pitcher taken in the game. Back-to-back season with a sub-2.50 ERA and sub-1.00 WHIP with at least 200 strikeouts makes deGrom perhaps the safest pitcher in the game, especially after three straight seasons of at least 200 innings pitched. The bugaboo for deGrom is his lack of wins - just 21 over the last two seasons despite historic numbers. But with the improved Mets bullpen, there's every reason to think deGrom can get back to the 15-win total he put up in 2017. It's him or Gerrit Cole for the top pitcher off the board and you can't go wrong.