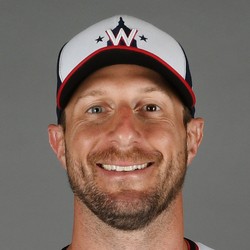 Scherzer struggled a bit through the first month of the season, but went on a patented run in May and June that made him look like the Scherzer of old. Unfortunately, a back injury largely derailed his second half, as he was limited to just over 20 innings over July and August. Scherzer is entering his age-36 season and is a max effort pitcher, so the fact that we finally saw a bit of a breakdown (Scherzer has reached at least 200 innings in his six previous seasons) is concerning. But his numbers are still elite and he should be taken as one of the first pitchers off the board despite the back scare.

Skipping at ADP due to age and first time injury concerns in 2019.