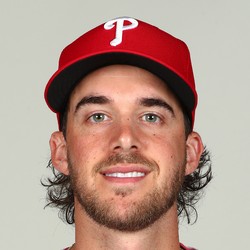 Nola simply wasn't very good in 2019. His control took a major step back and batters consistently made better contact against him, particularly against his fastball. Whether it was an aberration for the youngster after two years of major growth, or whether perhaps Nola isn't as good as previously thought, is an open question. But given how drastically his control dipped, fantasy owners would be wise to give Nola somewhat of a pass for his 2019. He can't be drafted as an ace, but as a second starter? Go for it.

Nola has been sick with the flu but is still expected to be ready for Opening Day. The right-hander is currently planning to throw one more sim game and make one more Grapefruit League start.