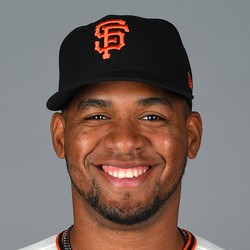 Abiatal Avelino was called up from Triple-A Sacramento on Tuesday.

Abiatal Avelino has played pretty well in the minors this year, he's slashed .283/.329/.438 with 15 homers and 27 stolen bases in 126 games. It's uncertain how big of a role he'll have for the rest of the season, he could add some value for next year.