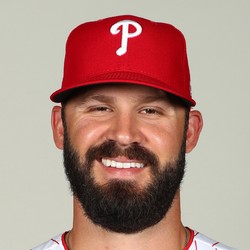 The Phillies blew a two-run lead in the ninth inning on Wednesday, losing to the Cubs, 7-5. Adam Morgan gave up a walk off grand slam to Jason Heyward. For Morgan, he allowed two earned runs on one hit and a walk in 1/3 of an inning.

Morgan is 0-2 over his last three outings, allowing five hits and three earned runs in one inning. His ERA has elevated from 1.76 to 3.45 for the season. Control has been an issue, giving up 10 walks in 15 2/3 innings.