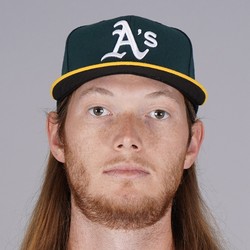 “It’s probably the best my shoulder’s felt in awhile actually,” said Puk. The 24-year-old lefty was bothered by a shoulder injury in spring training but the time off is doing him well. It's unclear when he'll be able to throw off a mound, which would be the next step in his recovery. Obviously, with a season seeming so far away, Puk will likely be ready if and when things get underway.